Home The Legal Pad With This in Mind, Let’s Correct Therapeutic Misapprehensions about Volitional Control, Choice vs Orientation, and the Role of Fantasy and Legal Imagery in the Free World.

With This in Mind, Let’s Correct Therapeutic Misapprehensions about Volitional Control, Choice vs Orientation, and the Role of Fantasy and Legal Imagery in the Free World. 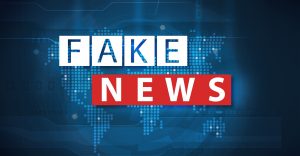 ” … Many therapists, well-intentioned, suffer from a lack of accurate information in the very issues they are charged with trying to resolve. My father used to tell me, ‘It is not what a man doesn’t know that hurts him. It is what he does know that isn’t so.’

One of the most egregious errors of fact that many therapists believe is that sex offenders are unable to control their behavior and will always reoffend. Recidivism studies consistently show this to be untrue. In fact, released sex offenders reoffend, committing another sex offense, less frequently than any other felons except murderers [ repeat their crimes]. There are numerous studies t~at ·support this fact and therapists need to be made aware of this.

Another bit of ‘fake news’ is that a sexual attraction to minors is a voluntary perversion (unacceptable choice). In fact, recent research underscores the fact that pedophilia is a sexual attraction little different from the more common forms of heterosexuality, homosexuality and bisexuality.

It is all but useless to argue that you have a better idea without something of substance to offer. Unfortunately, I know of no research on the use of fantasy as a successful alternative and deterrent to illegal behavior. I just know from experience that it works, but that will not sway a psychologist who believes (s)he knows otherwise. But I would offer this:

Most of you will eventually be released into the community, where you must be able to deal with anything and everything that is legally available. To ask you to voluntarily avoid all books, movies, television, music, pictures, etc. which involve children is not just unrealistic, it is impossible. You must learn to not allow such things to trigger you to behaving irresponsibly and illegally.”

Editor’s Closing Note: Generally, I endorse everything said in this excerpt as accurate. I have only three comments to add.

First, pedosexually oriented fantasy is not a precursor to child molestation. TLP Vol. I, No. 5, at p. 3 reported a study of such attraction and fantasy finding that 21 % of young adult males reported some sexual attraction to small children, 9% experienced sexual fantasies involving children, and 5% had masturbated to fantasies of children.

If fantasy translated into later conduct, researchers would be hard pressed to find a child who had not been molested. The contrary state of facts shows that fantasy has no such predictive relationship to such sex crimes. (John Briere & Marsha Runt, “University Males’ Sexual Interest in Children: Predicting Potential Indices of ‘Pedophilia’ in a Non-Forensic Sample,” 13(1) Child Abuse and Neglect 65-75 (1989).)

Second, there is in fact a substantial body of research into the effects of viewing illegal child pornography. One of the conclusions of every study of this kind conforming in all respects to rigorous scientific procedure is that, even when such viewing is used as a direct sexual stimulant leading to orgasm as a habitual matter, such use does not cause later ‘hands- on’ sexual abuse of children by the user. See, e.g., Melissa Hamilton, “The Child Pornography Crusade and Its Net- Widening Effect,” 88 Cardo=o Law Rev. 1679, 1722-25 (2012); and Carissa Byrne Hessick, “Disentangling Child Pornography from Child Sexual Abuse,” 88 Washington Univ. law Rev. 853 (2011).

In fact, studies that have detected any variation from probability of such sexual abuse of actual children have found that such pornography use actually diminishes the likelihood of later sexual abuse, serving as a “substitute” for molestation. Hamilton, supra, at 1725.

The last two decades have witnessed an astonishing ‘dragnet’ of police interdiction of child pornography distribution operations, resulting in the massive deterrence of previously potential customers of such illegal imagery.

Were use of such actual illegal pornography the only sufficient “substitute” for molestation by those with significant pedosexual attractions, one would expect a statistically observable increase in such crimes in that same most-recent 20 years. However, to the contrary, no such phenomenon has been detected.

Hence, it is reasonable to conclude that non-pornographic images of children, or even simply unassisted, purely mental fantasy of children, has served the same “substitute” function. Surely, the personal observation of the writer of the article above that fantasy works as a molestation substitute should therefore come as no surprise.

What is surprising is that sex offender therapists still have not studied this ‘substitution effect’ and how it can be used to defuse motivations to molest. Instead, to this day, the entire field of such therapy is stuck on the ‘politically correct’ but factually incorrect notion that fantasy and sexual use of imagery act as a supposed sure-fire fuse which, once lit, will lead inevitably to an explosion of molestations.

On this baseless and contrafactual notion, existing therapy modalities demand that the treated offender abstain from all such imagery possession and fantasy, leaving the pedosexual libido with no outlet at all. Given the true facts cited above, this is dangerous folly.

Third, the writer of that article is also correct in his implicit conclusions:

( 1) That the world is awash in unavoidable images of children and, indeed, in children themselves, who can be at least seen in passing everywhere;

(2) That these images and visual memories of children can carry some sexual significance to one with a pedosexual orientation or even just some level of attraction in that direction.

The urgent need, then, is not to try to insist on self-aversion from all of that unavoidable stimuli, but instead, as that writer advises, to teach offenders in therapy to not allow such stimuli to prompt them to the commission of sex crimes. The role of such substituted actions involving imagery and/or fantasy in averting such prompting is obvious and should not be ignored in therapy.