Home Pledge to Restore Voting Rights for ALL Floridians

Pledge to Restore Voting Rights for ALL Floridians 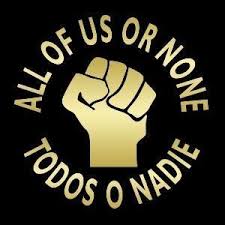 Florida has become the first state in the U.S. to immortalize bigotry and discrimination in its state constitution. Amendment 4 will formally — constitutionally — relegate people living on the registry (also anyone with a murder conviction) in Florida to second-class citizenship and permanent pariahdom.

Desmond Meade, the lead organizer for the Amendment 4 effort, has called their campaign “a shining example of what can happen when we come together along the lines of humanity.” The people living on the registry are deliberately left out and left behind.

The next Governor of Florida can help to right this wrong by dropping the state’s objection to the constitutional challenge in the 11th Circuit Court of Appeals and by expediting the executive restoration of voting rights. Tell the candidates that you believe in second chances, not second-class citizenship. Join this petition to ask Andrew Gillum and Ron DeSantis for a pledge to stand on the side of equality and opportunity as governor.