Home The Legal Pad Will Morger Be Followed in Minnesota?

Will Morger Be Followed in Minnesota? 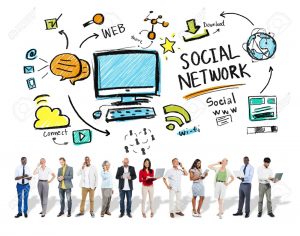 1844-45: “Minnesota limited its social networking website ban to sex offenders … placed on ‘intensive supervised release.’ [citing: Minn. Stat. § 244.05(6)(c)]. These offenders are not only prohibited from using social networking sites but are banned from using instant messaging programs, chat rooms that permit people under eighteen to become a member, or maintaining a personal Web page. [citing: Minn. Stat. § 244.05(6)(c)]. This statute is very narrowly tailored because it is applicable to only one category of high-risk offenders and defines restricted websites narrowly.” [citing: id.].

While Ms. Tolon correctly perceives the ban on sex offender use of social networking sites and instant messaging sites, she fails to perceive the broader ban in place on any use of the internet by Minnesota sex offenders on parole without express permission by their supervising agent. Effectively, such parole agents may exercise unbridled discretion on nothing more than whim or intuition in denying such permission.

Further, Tolon fails to understand that. all sex offenders released to parole in Minnesota are placed on “intensive supervised release.” Therefore, these bars to internet use are not limited to “high risk offenders.”

Moreover, even were they so limited, Morger makes clear that, without any specific nexus between criminal offense and the internet, sheer general ‘high risk’ cannot be constitutionally used as a basis for internet restriction, much less total denial. In sum, then, it appears that Minnesota’s statutory internet ban on sex offenders is just as vulnerable to attack as was the Illinois ban in Morger.

A final word: Those of us in SOCC comprise an aggregation of individuals both still on parole and having finished parole. Obviously, those not on parole should be treated under Packingham directly.

Civil commitment is not imprisonment or any other form of punishment. Hence, civil commitment should not be deemed itself as any reason for limitation of the First Amendment rights of those committed. While any institution must preserve security and safety, the harsh and nearly arbitrary rule-making and decision-making sanctioned in Turner v. Safley as to prisoners was countenanced in contemplation of the frankly punitive nature of imprisonment. This is why parolee are now being deemed to qualify under Packingham as well.

When it comes to a right as fundamental as effective communication with the outside world, civil commitment status should not be confused with such punitive surroundings. Most especially, categorical restrictions based on presumptions as to an entire class of the committed (in this case, all committed sex offenders) should not be allowed, since the typical leeway granted to prison wardens does not have any place in care for those in civil commitment.

Hence, SOC residents should be recognized as having essentially the same rights as those not committed. There is simply no room for a categorical presumption that committed sex offenders will abuse any right of any particular form of communication. This is especially a truism when (as is now the modern technological circumstance) imposing categorical bans on the internet or any of its various types of functions effectively relegates the committed to life in an artificially imposed near-stone-age that outsiders may not even recall how to engage in communication with, and in any event will likely not have the patience to try.

Committed sex offenders already experience writing letters to stores that go unanswered for this very reason. Writing and sending paper letters is no longer deemed by businesses as cost effective, especially for the smaller orders likely to be placed by those committed.

Hence in sum, committed sex offenders still on parole should be accorded the same communication right as Morger held must be applied to those on parole.