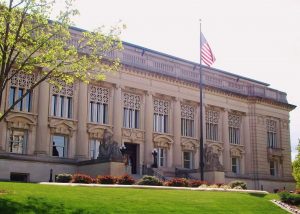 “The Supreme Court of Illinois handed down a very important decision on Thursday, November 21, 2019. See People v. Morger, 2019 IL 123643, 1236439(1LSC). In a very comprehensive opinion, the court held in [that case] that a blanket social media ban as a condition of probation or parole is a violation of the First Amendment. The United States Supreme Court held in Packingham v. North Carolina that blanket internet and social media restrictions were unconstitutional. That challenge was brought on behalf of those who were not under any form of supervision. However, the Packingham case left open the question about those still on active supervision. This Morger opinion stated that Packingham does apply to those on supervision.”

“In this case, the State of Illinois has a statute that bans all probationers or parolees from being on social media. It is a broad statute mostly meant to encompass social media such as Facebook and other social media sites. This is regardless of the conviction or circumstances of a person’s supervision. The court ruled that this type of statute is not reasonably or rationally related except in very narrow circumstances. It does not promote rehabilitation or use the least restrictive means to protect the public. The Justices found this type of blanket ban to be facially unconstitutional.”

“Citing other caselaw, the opinion clarifies that whether it is post supervision or during supervision, banning people from what is considered the ‘modern day public square’ does not take into account all the legitimate purposes for being on social media such as education and employment. The Court additionally said ” … where a condition of probation requires a waiver of precious constitutional rights, the condition must be narrowly drawn.’ This is not the case in these blanket social media and internet bans. “

“Although this ban was statutory in Illinois, this does not mean that states who impose these bans as policy can do so without fear. If anything, these policies are less binding as they do not even have the deference to the legislative process that statutes have. Geographical restrictions, employment bans, internet and social media are just some of the conditions that can be scrutinized for this unconstitutionality. “

“The Court did note that in numerous circuits these broad restrictions on internet and social media will only be upheld under very narrow circumstances such as a ‘defendant having a history of improperly using the internet to engage in illegal conduct.’ This is a growing trend across the country, and states should be on notice that they are subject to claims against these bans. The Morger case illustrates that courts will continue to rein in these catch-all conditions.”