How We Plan to Create Change

We are committed to creating lasting change.  Read on for a crash course in how Just Future plans to create change and make a difference.  If there were an Official Underground Handbook for Just Future Project, this would be the “Introduction.”

Indefinite detention laws may seem entrenched and unmovable, but in reality they remain a relatively new area of law that continues to be deeply controversial and vulnerable to attack.  The American Psychiatric Association has categorically opposed so-called “sex offender civil commitment” programs since 1999, calling them a “misuse of psychiatry” and a subversion of the “medical model of civil commitment.”  Even the Association for the Treatment of Sexual Abusers (ATSA) submitted an amicus brief in support of cert. before the Supreme Court of the United States (SCOTUS) in Karsjens v. Piper recognizing the extremity to which these laws have been abused.

Most states have chosen not to create indefinite detention laws and no new state has created a pre-crime preventative detention system in over a decade.  These laws are not popular with lawmakers.  They create a massive drain on already tight state budgets with virtually no return on investment for taxpayers, diverting resources from victim services and legitimate mental health programs.  Yet, legislators are afraid to correct their mistake because of the perceived potential of political fallout.

Just Future Project is helping to create the space for states to rethink their approach to policy on sex-related crime.  So-called “sexually violent predator” statutes were a triumph of fear over reason.  It’s time for our elected officials to hear from a movement standing up for reason.

Here are the basic principles we’re using to build momentum and create change:

1. There is strength in numbers.  We are starting by building on the informal networks of regular people who have struggled for years under the injustice of these systems and inviting others to join the resistance. Conservative estimates place the number of indefinitely detained persons in the U.S. at more than 5,400 individuals, not counting those under the control of these systems, but allowed to live in the community under intensive indefinite supervision, or those held past their release dates in legal limbo, but not yet civilly committed.  For every individual confined to a prison masquerading as a treatment facility across the U.S. there are dozens of people who are connected to them, who care about them, and who are willing to stand up for reason.  Sometimes those free-world supporters will be family and friends, but there are also people who aren’t fortunate enough to have loved ones in their corner on the outside.  For those without support systems, Just Future Project will work to recruit free-world allies from faith communities, civil rights groups, and other populations whose values drive them to recognize the inherent injustice of these indefinite detention systems and advocate for the welfare of everyone harmed by pre-crime preventative detention laws.

2. There is strength in unity.  We believe we’re all in this together.  The problem is pre-crime preventative detention.  The problem is consistent across all twenty states and the federal system, with minor exceptions. Because the statutes are so similar, the systems share similar vulnerabilities from state to state.  We plan to solidify the networks of people challenging these systems, to share information and learn from both successful and unsuccessful advocacy efforts in various states, to produce advocacy materials that can be used against all twenty-one pre-crime preventative detention systems.  We believe that a rising tide lifts all boats.  Successful challenges to one of these systems weaken the systems for everyone.

3. Your story is powerful. We believe that the people closest to the problem are often closest to the solution, but furthest from resources and opportunity.  Just Future Project will empower people directly impacted by these laws by helping them learn to tell their story. People who have been convicted of a sex-related crime are arguably the most marginalized people in our society.  Their voices are silenced by the state or broken after years subjected to abusive law enforcement information-gathering and control systems thinly disguised as “treatment”.  The fact that this group has been singled out for indefinite detention outside the normal protections of the constitution is illustrative of how truly marginalized and ‘othered’ this group has become.

Together we will reframe the debate around pre-crime preventative detention systems.  For too long the other side has been allowed to control the narrative.  Their goal has been to dehumanize people living with a conviction for a sex-related crime. Specialized prosecution units have become highly adept at railroading prisoners to erase their release dates, in putatively civil proceedings, stripped of the traditional safeguards of the criminal system, without meaningful due process, invoking circular logic with hysteria.

Just Future Project believes in the power of our stories to fight the fearmongering, hysteria, and pseudo-science trafficked in by 21st century witch hunters.  Right now, very few people even have any idea these laws exist, that the state can imprison someone prospectively for what they might do in the future.  We have the opportunity to educate them, building on the growing awareness that the criminal justice system is deeply unjust and challenging common myths about people labeled “sex offenders.”  The movement to abolish pre-crime preventative detention systems will be driven by people whose stories put a human face on this injustice and demand change.

We are committed to creating lasting change.  We are always on the lookout for potential opportunities for impact litigation to challenge unjust or unconstitutional practices. (We have already clearly identified some.)  We will also be exploring openings to work with our elected officials on ways to begin amending these statues to reduce the harm they are causing our loved ones right now, with the ultimate goal of ending them entirely.  We may even find a chance to work with the executive branch on immediate administrative steps they could take to be less evil.

But before we can hope to change laws, we need to lay a solid foundation for our advocacy.  Our initial steps are designed to give our movement a voice—creating a network, coordinating our efforts, increasing our numbers, sharing information amongst our community to build intelligence, testing our message, leveraging our personal stories.  The stronger our foundation as a movement, the more powerful our voice and the more those in government will have to listen to us when we demand change. 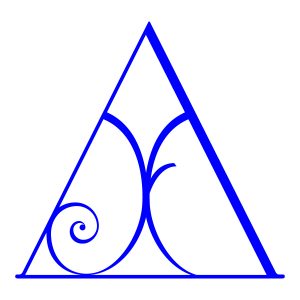