Home The Legal Pad When Is a Court Order Not an Order? Pre-Release Placement, Of Course! – So Says State AG.

When Is a Court Order Not an Order? Pre-Release Placement, Of Course! – So Says State AG. 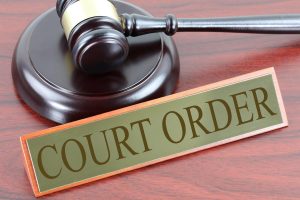 The below came from The Legal Pad, Volume 4, Issue 3 (March, 2020), p. 1, published by Cyrus Gladden from the gulag in Moose Lake, Minnesota.

When Is a Court Order Not an Order? Pre-Release Placement, Of Course! – So Says State AG.

Shane Garry is one of the many confinees in MSOP, Minnesota’s sex-offender commitment program (these explanations for our readers elsewhere).

After years of treatment, Garry petitioned for transfer to a pre-release unit known as the “Community Preparation Services” (“CPS”) unit. By Order of the Commitment Appeal Panel (“CAP”) dated Jan. 24, 2018, CAP granted that petition.

However, to date (over two years latter), no actual physical transfer of Garry has occurred. Prompting MSOP officials has produced no action, with responses that treated Garry’s transfer as an entirely discretionary matter.

Exasperated, Garry went to a court that oversees MSOP, seeking an order to compel MSOP to comply promptly with the January 2018 CAP order. This case is still pending. The State Attorney General’s brief makes this noteworthy.

At page 7, that brief surprisingly contends that the CAP Order, notwithstanding its obvious direction to transfer Garry, did not “require Defendants [MSOP officials] to transfer [Garry] to CPS at all,” only that “transfer may take place.”

Effectively, were that argument law, every order requiring such transfer would require the petitioner to file a second petition for a second order, stating that the first order actually did require the transfer. -This, despite a statutory 15-day stay of the CAP order for transfer.) That statute would make no sense if the transfer order were not otherwise immediately effective on its own, with no need for further court direction later.

It is true that Garry’s court Order (like others of its type) stated no specific date or time period by which the transfer must be physically accomplished. However, case law provides that in such cases, the ordered action must take place within a “reasonable” time. The AG’s brief, however, contends that MSOP has “discretion” to decide what time is reasonable by which to effect the ordered transfer. In Garry’s case, MSOP thinks it can obey that Order whenever it finally decides to get around to it.

In this, the AG cites the current lack of bed space for Garry and a lack of expansion funding by the Legislature, noting a waitlist for such CPS beds by others also approved for transfer by CAP.

However, the true cause for the lack of bed space in CPS is that MSOP extremely ‘slow­ rolls’ all releases from CPS to community living, despite the notoriously choke-hold-tight restrictions and 24/7 monitoring-surveillance of all placed on that “provisional discharge” status (itself extending for an average minimum of five years). In the time since Garry’s court Order, only about one confinee per month on average has been released from CPS. Most current CPS occupants have been there far longer than that, the earliest as long as 8-10 years.

The true reason for this ‘slow-roll’ is MSOP’s original promise -completely unrealistic -that it can “guarantee” public safety as to all releases. So far, none of its 30 releases ( out of about 780 confinees) have reoffended or even merely had their release revoked for ‘technical violations.’ However, the CAP approval for CPS serves as a judicial determination that a given MSOP confinee no longer presents any significant danger of re-offense (if in fact he ever did). Therefore, all that foot-dragging by MSOP at completing the release process after that approval is needless.

It is clear that MSOP’s approach to CPS has been completely political: delaying releases of those fully ready for release, except only for a series of actions by MSOP itself that MSOP claims are needed first. In at least a couple of earlier cases, courts have ordered those obviously ready to be released, completely bypassing the self-gridlocked mire that is CPS. Perhaps Shane Garry might agree that this judicial practice should be reinstated.