Employment opportunities for Ex-Cons May Extend to SOs 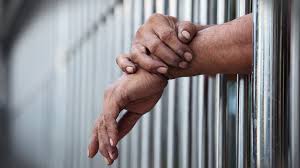 Employment opportunities for Ex-Cons May Extend to SOs

Heather Higginbottom, “People with Criminal Records Deserve a Second Chance – and Business Can Help Provide it,” The Hill, posted 11/05/19 (Note: Higginbottom is a spokesperson for JPMorgan Chase.)

In August, the Business Roundtable issued a statement, signed by nearly 200 of the nation’s top chief executives, proclaiming that for the economy to work for more people, business cannot serve just its shareholders. Business must do more to support its communities and employees too. This was an important statement by the business community. Now we must follow through on our pledge by demonstrating the impact business — in collaboration with government —  can have in creating inclusive growth.

Recently, building on previous efforts to connect people in underserved communities with economic opportunity, JPMorgan Chase announced an expansion of our commitment to give people with criminal backgrounds a second chance by supporting their reentry into the workforce, their communities and their local economies.

We made this move because we believe business has a role to play in advancing solutions to create a more inclusive economy, and we urge other businesses to take similar steps.

The new JPMorgan Chase Policy Center’s first initiative will help reduce barriers to employment for people with criminal backgrounds. One-third of Americans have a criminal record. A criminal record can be a major barrier to employment. In fact, the unemployment rate is an estimated 27 percent for the five million formerly incarcerated people in the U.S. — more than five times the overall national rate. More than 600,000 people are released from prison each year. We all must do our part to help formerly incarcerated people support themselves and their families by connecting them with opportunities to work and pathways to lead stable and productive lives.

For example, Jimmie Williams had been in and out of jail since he was a kid. As a result, he struggled to find work. Williams had been applying for employment he thought he might qualify for —  from construction to lawn care —  but was repeatedly rejected. His luck changed when he and his wife, Tiffany, purchased a truck and opened a snow removal company. Once they gained access to resources and capital through programs that support minority small business entrepreneurs in Chicago, they were able to build a company that has steadily grown over the past ten years. They have also focused on giving back to the community by employing other people with criminal backgrounds who are seeking a second chance.

We announced three major actions to pave the way for more success stories like this one. These initiatives will help make sure that people with criminal backgrounds have more access to resources than Jimmie Williams had.

First, we are taking steps to broaden our applicant pool and ensure that candidates are not immediately disqualified from consideration for jobs only because of their criminal background. Often a criminal background has no bearing on the requirements for the role to which the person is applying. We have “banned the box” — no longer requiring job seekers to detail criminal records on their application —  and are working with community organizations to provide people with criminal or arrest records with the training and mentorship they need to access jobs at our firm. In 2018, roughly 10 percent of our new hires —  2,100 people in the U.S. —  were people with criminal backgrounds.

Fortunately, other companies such as Koch Industries, McDonalds, Target and Delta have all led by example in the same manner. Since our recent announcement, we have heard from many others that want to contribute. Our goal is to learn from one another and work together to continue to advance these efforts.

Second, we are investing more than $7 million in community organizations that support people with criminal records. We have identified groups in cities such as Chicago, Detroit, Nashville, New York and Wilmington that focus on career development, financial health and entrepreneurship.

Third, we will push a public policy agenda that reduces barriers to employment. Federal and state policymakers are well positioned to expand employment opportunities for people with criminal records. Here in Washington, we believe it is time to make moderate reforms to hiring rules for the financial services industry. The Federal Deposit Insurance Corporation appropriately limits financial institutions’ ability to hire people with specific types of criminal background, and we support updating these rules to increase access to employment for affected workers.

We want to restore Pell Grants for incarcerated individuals who are academically eligible. We know that higher education leads to more employment opportunities after release. Additionally, we urge federal and state governments to enact automatic record-clearing given the significant cost and time involved in record expungement. Since a suspended driver’s license can severely limit job opportunities, we support reforming fines and fees in the justice system and providing alternative paths to compliance.

We back “Fair Chance Hiring,” federal and state efforts to require background checks only after conditional offers of employment. And we call for expanded investments in entrepreneurship resources for formerly incarcerated individuals. Through the new PolicyCenter, we will be working in Washington and in state capitals to update rules that need to be changed and build support for critical programs that deserve more resources.