Home The Legal Pad SOCCPN 2018 Survey of SO Commitment Programs

SOCCPN 2018 Survey of SO Commitment Programs 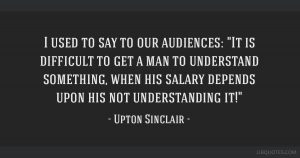 SOCCPN 2018 Survey of SO Commitment Programs

In 2018, a non-governmental organization called “Sex Offender Civil Commitment Programs Network” (“SOCCPN”) issued the latest in a periodic series of surveys of the overall state of sex-offender commitment facilities and their treatment programs. The following excerpts from that Annual 2018 SOCCPN Survey may prove of particular interest. Perhaps most startling of all, see the charts following these short excerpts. Those charts will put Minnesota’s comparative status and practices in their true, shocking perspective.

Over time, Minnesota has committed 851 sex offenders, while detaining another 115 (who presumably were ruled not committed). Comparing this to a 2018 Minnesota committed inpatient population of 736, plus 17 then on provisional discharge and 3 that achieved full discharge (total: 756), the difference (851 – 756 = 95) apparently reflects the real total of deaths while under commitment. 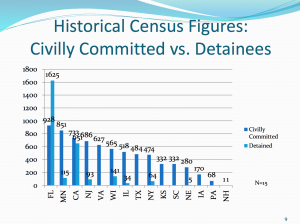 Of the 3 Minnesota committed individuals who gained full discharge, 2 did so without regard to treatment participation. 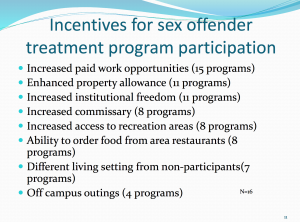 Similarly, of the 20 who gained provisional discharge, 15 did so without support by MSOP in the SRB/SCAP process. Taken together, this and the immediately preceding fact imply a complete lack of faith on the part of MSOP itself as to the efficacy of the ‘treatment’ it provides (over a span of up to two decades or more) to those committed to it. 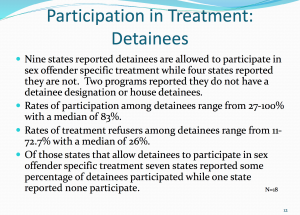 In the aggregate among all states with sex offender commitment, 78% of those committed had at least one child victim; only 22% had only adult victim(s). Nearly half (48%) had only child victim(s). This shows that the entire focus of the correctional screening process and the prosecutorial selection process as to sex offenders nearing the end of their prison terms has been a deliberate attempt to wield commitment as a punitive weapon against pedophiles, rather than repeat rapists. This is ironic, since adult rapists nearly always prey on strangers in their sudden, violent attacks. In contrast, about 9 out of 10 molestations are committed by family members of the victim or at least by someone known to the family of the victim. In this context, the significance of this comparison is that, as compared to a rapist, a released pedophile is far less likely to commit a recidivistic molestation, if only because the ‘grooming’ process within that clear ‘victim pool’ that precedes such crimes would be obvious to and interdicted by parole agents or other supervising officials long before any molestation would actually occur. Because this connotes that post-sentence commitment is not needed to avert such crimes, it further indicates that the disproportionate commitment of pedophiles is not public-protective subjection of a pedophile to therapy, but a punitive act filled with emotion­ based bias and political posturing by prosecutors and related officials. 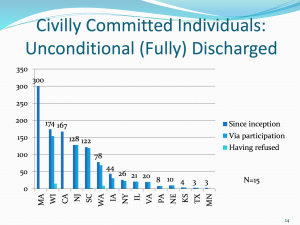 In SO commitment programs in all states having them, between 201 7 and 2018, there was a 20% drop (55% to 35%) in programs requiring a given client to pass a full disclosure polygraph to advance in and complete treatment. Conversely, adding in a 9% reduction in programs that called this question “Not applicable,” the percentage of programs affirmatively declaring that such polygraph passage is not required increased between those two years from 30% to 59% (nearly double). This is probably in response to judicial decisions that have recently ruled that involuntary subjection of one to a polygraph exam inquiring about past sex crimes, with refusal resulting in denial of release or treatment toward release, to be a violation of one’s Fifth Amendment right against compelled self-incrimination. It also is a trend contributed to by awareness on both the part of treatment administrators and treatment participants that polygraph is grossly unreliable, with false incriminating outcomes incorrect over one-third of the time. That level of inaccuracy is exacerbated by sets of relevant questions inquiring into multiple, rather than single-event matters, and other questions that inquire conclusory as to whether any sex crimes were committed by the tested person beyond those of his convictions and any additional ones he has already admitted to. 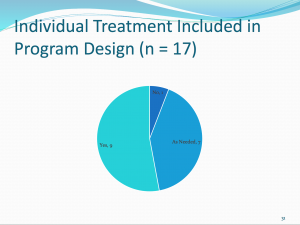 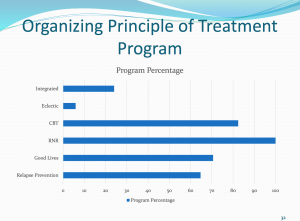 Concern on the part of administrators of sex-offender commitment systems points up their awareness of rising legislative and gubernatorial testiness over the extremely high cost of such systems as to a comparatively small number of sex offenders ( contrasted to all those in prison or released therefrom), especially in light of the lack of movement through and release from confinement of a significant number of those committed. Yet all proposals to cut costs advanced to date are either illusory or involve a willingness to further diminish (in some cases nearly extinguish) all meaningful treatment efforts. In 2018, the following percentages reflected specific ways explored by the stated portion of commitment programs to reduce operating costs: o Cut staff positions (28%) [almost invariably, therapeutic positions, by far the highest-paid posts] o Contract out services (50%) [to firms that start by laying off75-90% of therapists, replacing them with rankly unqualified social workers] o Reduce staff overtime hours [ combined with the underlying, causative refusal to fund more treatment staff, inherently reducing therapy and hence opportunity for those committed to advance through treatment] o Make clients cover certain costs [illusory due to the poverty of nearly all under commitment] 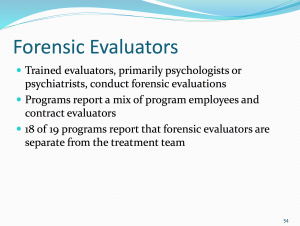 Medical costs are always the inherent apex of expenses of any confinement facility. This is especially true of sex offender commitment facilities that stubbornly retain the elderly, who have long passed any actual dangerousness behind. The expenses of those past age 60 average over four times those of those significantly below that age range. Yet rather than following the simple expedient of releasing elderly individuals, suggestions to attempt to otherwise contain medical costs are fraught with ‘backfire potential – notably, lawsuits for malignant medical neglect and deprivation of one’s constitutional rights to adequate medical care, and/or adverse media coverage of the resulting inhumane condition of confinement without meaningful medical care. Ways suggested in such facilities to cut medical costs included: o Reduce authorizations for off-site medical procedures ( 56%) o Use medical review committee to decline services not deemed necessary/urgent (39%). o Contract out medical services (28%) o Apply for Medicaid or Medicare benefits for clients who qualify (56%). 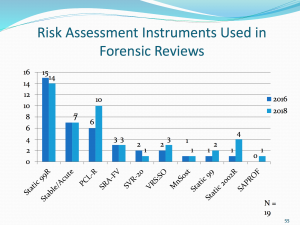 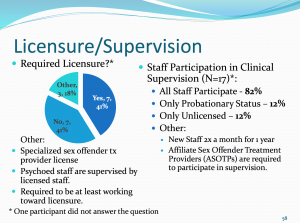 44% of those committed to SO programs qualify for Medicare (implying that they are at least age 65). 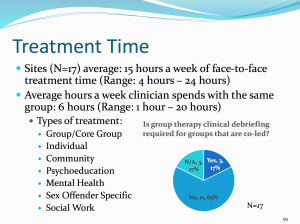 28% of programs allow their clients to marry one another, but none of them allow married clients to cohabit. 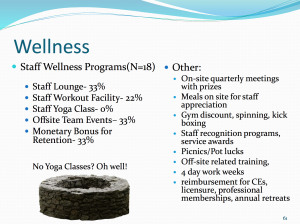 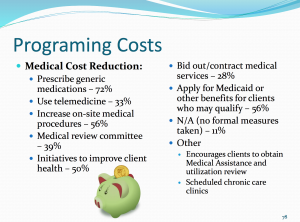 As to sexual violations by releases, only 2.4% were re-arrested for a sexual offense. This is no higher than, and indeed, depending on the state, may be significantly lower than the low rates of recidivistic sex crimes by sex offenders released from prisons. 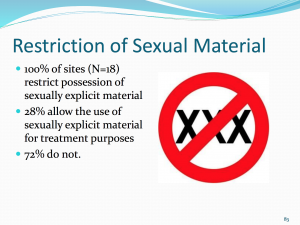