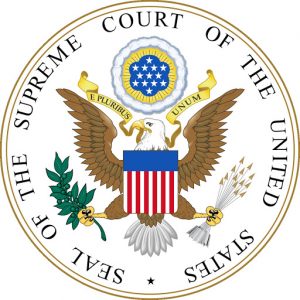 Editor’s Note: The following case in the Illinois Supreme Court applies Packingham v. North Carolina to a statutory, categorical ban on social media use by sex offenders on probation, finding it to be facially overbroad and hence a violation of the First Amendment rights of communication and personal and commercial interaction in the internet age.

[Key points decided by this opinion of the Illinois Supreme Court include these Headnotes:]

“In order to survive intermediate scrutiny, a content-neutral regulation of protected speech (1) must serve or advance a substantial governmental interest unrelated to the suppression of free speech and (2) must not burden substantially more speech than necessary to further that interest – or in other words, it must be narrowly tailored to serve that interest without unnecessarily interfering with First Amendment freedoms…Although in a typical facial challenge to the constitutionality of a statute, a defendant would have to establish that no set of circumstances exist under which the statute would be valid, in the First Amendment context, a law may be invalidated as overbroad if a substantial number of its applications are unconstitutional, judged in relation to the statute’s plainly legitimate sweep.”

Statutory condition of probation that prohibited convicted sex offender from ‘accessing or using a social networking website’ was flat ban against offender’s use of social media, for purposes of determining whether condition was unconstitutionally overbroad on its face; statute did not permit probation officer to temporarily lift or modify condition. in his or her discretion.

“In order for a content-neutral restriction to survive intermediate scrutiny, it must be narrowly tailored to serve a significant governmental interest; it must not burden substantially more speech than is necessary to further the government’s legitimate interests.”

Statutory condition of probation for criminal sexual abuse and aggravated criminal sexual abuse prohibiting sex offender from accessing or using social media website was facially overbroad; offenses involved sex offender’s touching of younger sibling in home, and not use of internet to find potential victims, evaluator opined that, although he presented ‘moderate to high risk to reoffend,’ it was likely that he could be safely treated in community with appropriate supervision and recommended other restrictions that were ultimately included in probation order, protective value of total ban did not outweigh impairment to sex offender’s First Amendment rights, and other less restrictive conditions were imposed that served purposes of probation and rehabilitation.

The following excerpts from the text of the Morger opinion have significance to those confined in sex offender civil commitment (SOCC) facilities seeking judicial holdings that at least some internet access must be made available to them to comply with the First Amendment:

[Quoting Packingham] “Even convicted criminals – and in some instances especially convicted criminals – might receive legitimate benefits from these means for access to the world of ideas, in particular if they seek to reform and to pursue lawful and rewarding lives.” Id at 13 7 S. Ct. 173 7.

“The interpretation of those last two sentences carries momentous weight in our resolution of this case. In the wake of Packingham, federal decisions following the Court’s decision have tended to focus only on the first of those two, emphasizing the Court’s reference to ‘persons who have completed their sentences,’ as a limitation of the Court’s holding.”

“The government argues that these restrictions are related to Burrough’s conduct because the internet can be used to arrange sexual encounters with minors and to advertise minors for prostitution. Of course it can. But from drug dealers to Ponzi schemers and smugglers to stalkers – nearly any criminal can use the internet to facilitate illegal conduct. That an offense is sometimes committed with the help of a computer does not mean that the district court can restrict the internet access of anyone convicted of that offense.”Burroughs, 613 F.3d at 243.

[In United States v. Holena, 906 F.3d 288 (3d Cir. 2018),] “… The Court of Appeals found the conditions imposed upon Holena to be impermissibly contradictory and more restrictive than necessary. Id. at 291. In the latter respect, as the court was remanding to the district court for tailoring of conditions, the court offered this guidance:

The District Court can limit Holena’s First Amendment rights with appropriately tailored conditions of supervised release. Defendants on supervised release enjoy less freedom than those who have finished serving their sentences. See United States v. Knights, 534 U.S. 112, 119 (2001 ); United States v. Rock, 863 F.3d 827, 831 (D.C. Cir. 2017). But, as we have noted, these restrictions must be tailored to deterring crime, protecting the public, or rehabilitating the defendant. Under Packingham, blanket internet restrictions will rarely be tailored enough to pass constitutional muster.” Id at 294-95.

“Next is the broader question: whether the contested condition of probation – here a total ban on access to social media applicable to all sex offenders – reasonably relates to the rehabilitative purpose of the legislation. During oral argument of this case, the State was asked to explain how the total ban on access to social media would contribute to a defendant’s rehabilitation. After some circuitous, non-responsive references to protection of the public, the answer was that the ban would remove the ‘temptation to reoffend.’ That answer might carry some weight where a defendant is one who has used social media to orchestrate and ultimately commit his crimes; however, a host of offenders – this defendant included – do not fall into that category. Subsection (a)(8.9) broadly sweeps the latter in with offenders who have used social media to prey upon others.”

“As one commentator has observed, in conjunction with a discussion of Packingham:

The irony of these restrictions lies in the supposedly rehabilitative and reintegrative purposes underlying supervision: the very technology that supervised individuals could use to seek out employment, to reconnect with estranged family members, to become engaged in politics, and to stay informed on current events is prohibited. The ends of parole – ‘to help individuals reintegrate into society as constructive individuals as soon as they are able’ – are obstructed by its means.” Jacob Hutt, “Offline: Challenging Internet and Social Media Bans for Individuals on Supervision for Sex Offenses, 43 NY. U. Rev. L. & Soc. Change 663, 665-66 (2019).