Home The Legal Pad Let’s Pause for a Reality Check with Dr. Fred

Let’s Pause for a Reality Check with Dr. Fred 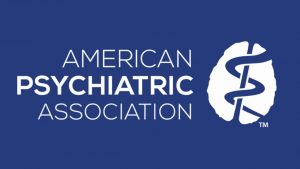 “… At present, in discussing Pedophilia, DSM-5 makes reference to the term Pedophilic Sexual Orientation. Sexual Orientation is ordinarily used to designate the category, or categories, of persons whom a given individual finds to be sexually appealing. Those who are heterosexually oriented are sexually attracted to adults of the opposite sex; those who are homosexual, to adults of the same sex; men with a heterosexual pedophilic orientation, to prepubescent females; and men with a homosexual pedophilic orientation, to prepubescent boys.”

“In the face of significant criticism of its inclusion in the DSM-5, the American Psychiatric Association (APA) has stated its intention to remove the term Pedophilic Sexual Orientation from the diagnostic manual. Removing that term in response to public criticism would be a mistake. Experiencing ongoing sexual attractions to prepubescent children is, in essence, a form of sexual orientation, and acknowledging that reality can help to distinguish the mental makeup that is inherent to Pedophilia, from acts of child sexual abuse.”

“DSM -5 did not err in referring to Pedophilia as a sexual orientation. In diagnosing any psychiatric disorder (including a Pedophilic Disorder), ordinarily the intent is to guide patient care, management, and research. In discussing the diagnostic features of individuals who are sexually attracted to prepubescent children, DSM-5 notes that some could be said to have a pedophilic sexual orientation. The term sexual orientation ordinarily reflects an individual’s subjective awareness of the category (or categories) of persons toward whom he or she is erotically attracted. Clinically, there are individuals (many of whom are described as having Pedophilia) who report a subjective awareness of being erotically attracted. ( either exclusively or in part) toward a category of individuals comprised of prepubescent children. Many report experiencing those attractions as unchosen in a fashion that seems very much like an orientation. That such attractions are often unwanted does not alter their resemblance to an orientation.”

” …Without question, the protection of children should be a priority both for society and for the psychiatric profession. The APA statement says nothing about why persons diagnosed with a Pedophilic Disorder need or deserve treatment in their own right or about why ( except for the disturbing consequences of acting upon pedophilic urges) Pedophilia should not be thought of as an orientation….Publicly acknowledging Pedophilia as a sexual orientation that can be distinguished from a criminal mindset might also have been useful.”