This is an excellent overview from the 30,000 foot view, of the problems that continue to fuel draconian and unscientific sex-related laws.  As Cucolo & Perlin note, “judicial decisions involving sexual offender[s]…rely improperly on inaccurate and underdeveloped statistics as well as unverified and outdated information.”  This article specifically addresses pre-crime preventative detention laws, calling them explicitly punitive.  And concludes by exploring the principle of “therapeutic jurisprudence” which may offer an alternative to unending and unthinking punishment.

More about the authors 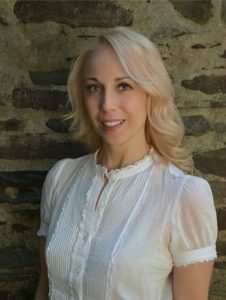 Heather is an adjunct professor and current facilitator of the dual degree program between New York Law School (NYLS) and John Jay School of Criminal Justice. Heather was also the acting director of NYLS’s Online Mental Disability Law Program and contributed to the development of its courses as well as assisted in collaboration with Asia-Pacific partners to foster international distance learning. Areas of expertise include: Sex Offenders;  Mental Disability Law; Criminal Law Adjudication and Investigation; Health Law; Family Law; Trauma in the Law; Representing Indigent Defendants; Race and Gender  Issues in the Law; Therapeutic Jurisprudence; and the Americans with Disabilities Act.  Heather has published and lectured  –both domestically and internationally — in the areas of mental disability law, criminal law and sex offender law. She has been recognized as one of the premiere experts in sexual violent predator law and has counseled attorneys, judges and clinicians on law and procedure in civil commitment proceedings and issues involving persons suffering from a mental disability or illness within the criminal justice system. Read More 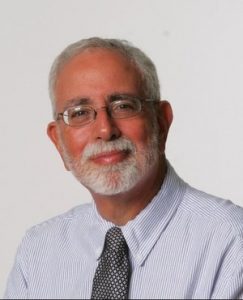 Michael is Professor of Law Emeritus at New York Law School (NYLS), founding director of NYLS’s Online Mental Disability Law Program, and founding director of NYLS’s International Mental Disability Law Reform Project in its Justice Action Center.  He has written 31 books and nearly 300 articles on all aspects of mental disability law, many of which deal with the overlap between mental disability law and criminal law and procedure. Michael has represented thousands of persons with mental disabilities in individual and class actions, and has represented criminal defendants at every level from police court to the US Supreme Court (second-seating Strickland v. Washington, and representing amicus in Ake v. Oklahoma, and Colorado v. Connelly). He directed the online mental disability law program at New York Law School from 2000 to 2014, and through that program, offered 13 courses to lawyers, mental health professionals, and disability advocates. Through this program, he has also taught mental disability law courses in Japan, Nicaragua, Finland, Israel, Australia, Taiwan, New Zealand, Hong Kong, and Sweden. He has done extensive work in China with the American Bar Association’s Rule of Law—Asia office where he has conducted “Training of Trainers” workshops in Xi’an, China to teach experienced death penalty defense lawyers how to train inexperienced lawyers, employing the online distance learning methodologies used in the NYLS online program. He has also done advocacy work on behalf of persons with disabilities on every continent. In the fall semester of 2012, he served as a Fulbright Senior Specialist, teaching and consulting at the Islamic University of Jogjakarta, Indonesia. Four years earlier, also as part of the Fulbright designation, he taught in the Global Law Program at Haifa Last year, he was elected to be co-chair of the Disability Rights Interest Group of the American Society of International Law.

A big thank you to Safer Virginia for bringing this excellent article to our attention!