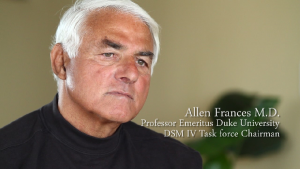 During the past year, I have been involved as an expert witness for the defense in 14 SVP cases (tried in California, Washington, and Iowa). My role has been to clarify what is meant by the wording of the Paraphilia section in DSM-IV. And it certainly does badly need explaining. The DSM-IV Paraphilia section is written far too imprecisely to meet the high standard of precision needed in a legal context. This is because DSM-IV was written primarily for clinicians– not for lawyers, judges, forensic evaluators, and juries. 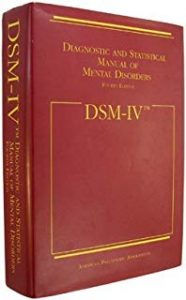 I wish we had done a much better job of providing an explicit definition of Paraphilia. Had DSM-IV been written with SVP laws in mind, we could have made crystal clear that rape was not meant to be considered a mental disorder. Rape as a psychiatric disorder has been soundly rejected by DSM-III (in 1980), by DSM-IIIR (in 1987), by DSM-IV (in 1994), and recently by DSM-5. With clearer writing, we could have precluded the subsequent rampant over-diagnosis of Paraphilia (based on a fundamental misunderstanding of the intent of DSM-IV) that has led to the unjustifiable psychiatric commitment of rapists whose acts are a manifestation of simple criminality, not of a mental disorder. Unfortunately, we were completely unaware of SVP laws when we wrote DSM-IV and did not anticipate that rape (misconstrued as mental disorder) would ever be used as an excuse for psychiatric preventive detention.

The misguided diagnoses trigger a serious erosion of the constitutional protections that should be enjoyed by the individuals involved, resulting in a misuse of often life-long psychiatric commitment as a form of extended preventive detention. But the grave consequences of our poor wording (and the evaluators’ misunderstandings of it) stretch far beyond the violation of the individual civil rights of those unfairly committed. The widespread practice of allowing SVP commitments based on inaccurate diagnosis gravely impairs the integrity both of psychiatry and of the constitution.

Feeling badly about my failure to anticipate and prevent the misunderstandings of DSM-IV, I have tried to correct them by writing a series of papers, by giving talks to the evaluators who participate in SVP hearings, and in these blogs. I already knew from my conversations and readings of the literature that the misuse of DSM-IV was serious and widespread. But my recent experience of reviewing so many real cases has been quite an unpleasant eye opener– revealing that diagnostic errors are far more prevalent and egregious than even I had previously thought possible.

So far I have read close to 100 reports prepared by state evaluators (all psychologists). This is, of course, a very small sample, but the results are unanimous enough to draw some interesting and very troubling early inferences:

1. In not one case did the sexual offender qualify for anything remotely resembling a DSM-IV diagnosis of Paraphilia. Thus, my base rate of real Paraphilia in SVP cases so far is 0%. And this is in an enriched sample of offenders who have been carefully screened and are presumed to have Paraphilia. Certainly state evaluators are wildly over-diagnosing Paraphilia and the courts are sanctioning unjust psychiatric incarceration based on their misguided opinions.

2. The evaluators all misinterpreted DSM-IV in just the same way. They routinely equate the act of committing a sex crime with having a mental disorder. Their reports gave remarkably detailed descriptions of the offender’s criminal behavior, but provide little or no rationale or justification for a diagnoses of Paraphilia. The write-ups are all long and thorough– but completely off point and generic. Although written by dozens of different evaluators, they have a rote quality and all repeated exactly the same mistakes.

3. The most common error was to assume that a behavior alone (the act of rape) can by itself somehow qualify someone for a mental disorder diagnosis of Paraphilia. As noted, rape as mental disorder has been rejected by psychiatry 4 times over 35 years and by now should have no place in expert testimony. The Supreme Court has accepted the constitutionality of SVP statutes only if the offender has a mental disorder that can distinguish him from the common criminal. This standard was not even approached in any of the 14 cases. There was little (and always unconvincing) attempt to establish grounds for paraphilia beyond the fact that the sex crime had been committed.

4. The second most common mistake was to declare idiosyncratically that sex with a post-pubescent teenager indicates paraphilia. Statutory rape is a crime. It is not included anywhere in DSM-IV as a mental disorder and should not be considered grounds for diagnosing one.

5. The third mistake was to assume that any act of sex with a child represents pedophilia– even in cases where it is clearly no more than an opportunistic or disinhibited exploitation that is not at all representative of the individual’s preferred or obligatory pattern of typical sexual arousal.

6. The defense prevailed in 3 of 4 cases that have been settled so far (1 won and 1 lost at jury trial, 2 were dropped by prosecutors, and 10 are still pending).My sample is very small, but does suggest that prosecutors and juries can at least sometimes be brought to understand that psychiatric diagnosis and hospitalization is not an appropriate disposition for simple criminals who have no real mental disorder.

7. Public defenders face an uphill struggle defending unappealing clients against incorrect diagnoses made by a community of blithely self-assured but completely misguided state evaluators. Not surprisingly, they are sometimes demoralized and uncertain of their chances of success. I do hope that the momentum is now turning given the recent rejection by DSM-5 of the proposal for “coercive paraphilia.” Public defenders can now feel more hopeful.

8. The history of psychiatry (and of medicine) is littered by the rapid emergence and then the equally rapid disappearance of silly fad diagnoses. This will undoubtedly eventually be the well deserved fate of “Paraphilia NOS, nonconsent” and Paraphilia NOS, hebephilia.” Sooner or later, bad ideas are condemned to be found out or to die of their own foolishness. But this is not a situation that allows for the passive hope that all will come out well in the end. The miscarriage of justice occasioned by misdiagnosis in SVP cases is a grave embarrassment to both psychiatry and to the law, as well as being a violation of the civil rights of the people subjected to it. Every SVP case that is based on a misdiagnosis of “Paraphilia NOS” should be vigorously challenged until this bogus diagnosis is no longer considered permissible as expert testimony.

Which of the official DSM-IV diagnoses are legitimate grounds to justify a commitment under SVP statutes? Pedophilia and sexual sadism are official DSM-IV categories and do count if properly diagnosed (in my experience, a very big if). Individuals with schizophrenia, bipolar disorder, dementia, and mental retardation may commit violent sexual offenses because of delusions or severe deficits in cognition and judgment. In my view, antisocial personality disorder and substance dependence probably should not qualify because these are so ubiquitous in offenders- but I will take this up in more detail in my next blog.

Keeping ordinary criminal sexual offenders locked up in a psychiatric hospital after their prison time has been served is a violation of sacred constitutional rights and a dangerous abuse of psychiatry. Our constitution explicitly prohibits double jeopardy and preventive detention– even for potentially dangerous criminals. This is not meant as a kindness to them but rather as a protection of the civil rights of the rest of us. Public defenders should feel encouraged in their defense of constitutional rights- hopefully the tide is turning away from bogus diagnosis and back to good sense (both psychiatric and legal).