Home Top Stories How many are held under “sex offender civil commitment” laws?

How many are held under “sex offender civil commitment” laws?

Public number systemically under count the breath of the problem 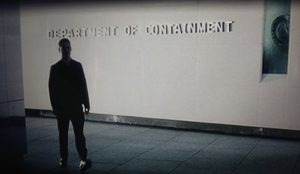 Data is important for advocacy.  But shadow prisons are so shrouded in secrecy that no one actually knows how many people are locked away in these “treatment” facilities in the U.S.  Here is a brief look at what we know (or don’t) and why the number that you often see cited is wrong.

How many persons are currently subject to pre-crime preventative detention?

We don’t know exactly — but that isn’t for want of trying.  The most commonly cited number is “6400” — but it is wrong. That figure comes from an annual survey by the Sex Offender Civil Commitment Programs Network (SOCCPN) that is now a few years old and wasn’t accurate at the time that it was produced.

What ‘s wrong with the SOCCPN numbers?

SOCCPN (pronounced “SOCK-pin”) is a group comprised of individuals who all have a vested interest in the perpetuation of systems of pre-crime preventative detention.  They are not capable of providing an independent account of their own conduct. And as of 2017 SOCCPN no longer makes its survey results available to the public, which only reinforces the impression that SOCCPN has something to hide and prefers to conceal the truth about the Kafkaesque systems they administer.

The Power Point presentation from which the “6400” figure is derived did not include census data from all 21 systems of pre-crime preventative detention.  Moreover, some reporting jurisdictions failed to provide information on all categories of persons under their control — such as those held past their release dates as pretrial detainees under a so-called “sex offender civil commitment” statute, or those committed to the “control and care” of the state’s mental health agency but allowed to live in the community on “conditional release.”

In short, the SOCCPN numbers were incomplete and reflect a significant underestimate of the true population harmed by these systems.  Nor can they offer a snapshot in time for the jurisdictions that did provide information for the survey because SOCCPN does not disclose when the date was provided by the jurisdictions.

What does Just Future recommend?

We believe there may be as many as 10,000 Americans currently subjected to systems of pre-crime preventative detention when you count all persons who have been labeled a “sexually violent predator” and who fall under the control of a so-called “sex offender civil commitment” program — either locked away in a shadow prison or in an open air prison on “conditional release” in the community.

However, we suggest you err on the side of caution and explain simply “there are more than 7000 people currently subjected to systems of pre-crime preventative detention in the United States.”  Then pivot to telling people why we don’t know more. This is an opportunity to talk about how these systems are treated like a black box, with virtually no oversight, that very few people even know exist.  This has been a recipe for disaster for civil rights, human rights, and fiscal responsibility. Prosecutors and program administrators have been allowed to run amuck, dramatically overrunning their putative legislative mandate boldly deviating from the narrow framework approved by the Supreme Court of the United States [SCOTUS], and entrenching an expansive parallel (or shadow) criminal legal system masquerading as “treatment”.

Many advocates seem to think that the size of the population directly impacted by an unjust system is proportional to the social relevance of that issue.  We don’t think the social justice math is quite that simple. Some ideas are bigger — or more dangerous — than the number of people to whom they might be currently applied.  Pre-crime preventative detention is absolutely one of those ideas, because it represents a fundamental shift in our legal system away from holding people accountable for past behavior to a Minority Report-style punishment for what they might do in the future.

Advocacy to abolish the death penalty is a good example of the primacy of the values proposition over the absolute size of the population directly impacted by harm.  There are 2,656 individuals on death row in the United States as of July 1, 2019, which is approximately 1/3 of the likely number of persons held in “sex offender civil commitment” systems, and yet death penalty advocacy is a major focus of activism in reforming the criminal legal system, receiving heavy media coverage.

Just Future believes in the power of grassroots advocacy.  The Executive Branch is unlikely to repent of its opacity of its own accord.  We the people must demand change and continually hold our elected officials accountable.  You can write your local state lawmakers (e.g. state representatives and state senators) and tell them how important transparency is to understanding how these systems are being implemented and how your tax dollars are being spent.  Just Future is happy to support advocates on the ground seeking to create change in your own community with direct letter writing campaigns and other technical assistance.

Grassroots advocates also play an important role in persuading journalists to cover this issue.  The Fourth Estate is supposed to perform a watchdog function in our constitutional democracy. The press has, frankly, dropped that ball in spectacular fashion collectively when it comes to reporting on sex-related crime policy — repeating prosecution press releases verbatim, telling the cheap story designed to inflame the passions of the public, creating and propagating 2D stereotypes and harmfulness, never asking the tough questions or putting in the work to uncover the hidden truth.  We think that is beginning to change as more people wake up to what is really going on. The work to change hearts and minds includes educating members of the press.

It turns out, grassroots advocates often know more about what is really going on than anyone else — especially when it comes to the observations of directly impacted persons living behind the walls.  Instead of waiting for program administrators to come clean about the gulags they are running, Just Future is committed to building on the intelligence of those with inside knowledge.

As an organization we are able to maintain details data bases on the populations at these facilities fueled by grassroots advocates actually on the ground in these communities.  Our information is far more detailed — and infinitely more trustworthy — than what the Executive Branch has made available via Freedom of Information Act (FOIA) responses.