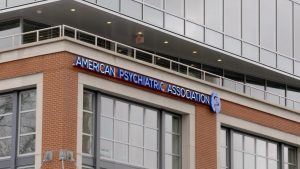 Opposing such laws is necessary “to preserve the moral authority of the profession and ensure continuing societal confidence in the medical model of civil commitment,” states the report.

The report was written by the Task Force on Sexually Dangerous Offenders, a component of APA’s Council on Psychiatry and Law, which endorsed the report before it went to the Board for action.

Paul Appelbaum, M.D., was chair of the council when the five-member task force was formed five years ago. Its creation, he noted, was in response to several states’ adopting sexual predator laws allowing sex offenders postincarceration to be civilly committed to psychiatric facilities.

“We were concerned that psychiatry was being used to preventively detain a class of people for whom confinement rather than treatment was the real goal. This struck many people as a misuse of psychiatry.”

The task force agreed, stating in its report that the diagnosis of sexual predator is based on “a vague and circular determination that an offender has a ‘mental abnormality’ that has led to repeat criminal behavior. Thus, these statutes have the effect of defining mental illness in terms of criminal behavior. This is a misuse of psychiatry, because legislators have used psychiatric commitment to effect nonmedical societal ends.”

The task force recommends that societal concerns about protection from dangerous sex offenders be met instead through customary sentencing alternatives within the criminal justice system.

The purpose of the task force was to assemble information necessary to inform decision making by psychiatrists, legislators, and judges regarding the clinical and ethical implications of sexual predator statutes. The report synthesizes available literature on the diagnoses, treatment, and recidivism of sex offenders, and sexual predator commitment laws including relevant court cases. There is also a section on juvenile sex offenders, frequently asked questions, and a summary of conclusions and policy recommendations.

Appelbaum commented, “The task force report serves as a resource for psychiatrists who want to learn more about sexual disorders and developing treatments and underscores the need for training in psychiatric research programs.”

The report notes that except for a few dedicated researchers and clinicians, most psychiatrists are unfamiliar with the assessment and treatment of sex offenders.

Treatment Within the Criminal Justice System

Pdf of original 1998 press release above

Dangerous Sex Offenders: A Task Force Report of the American Psychiatric Association is available on Amazon