Home OCEAN Newsletter Whatever Happened to the Hippocratic Oath?

Whatever Happened to the Hippocratic Oath?

The below is OCEAN Newsletter Volume 1, Issue 5, Article 7 (Nov. 13, 2019) published by Russell J. Hatton & Daniel A. Wilson from the gulag in Moose Lake Minnesota.

“First do no harm” is the motto of the medical profession, a symbol of integrity that is disappearing daily as doctors, hospitals, psychologists, psychiatrist and alleged counselors, and those involved in America’s healthcare system increasingly take advantage of the giant pot of government money available through medical insurance.

Medicare whistle-blowing has become a giant industry, since the successful insertion of capitalism into a government program. In this case, the reward was astronomical. Whistle-blowers received $152 million, the highest combined award ever paid.¹

In Minnesota, Rule 26 was established to govern MSOP as a hospital, meant to treat the “mentally ill.” However, there is an option provided by Minn. Stat. § 245A.04, subd. 9, to ask the OHS Commissioner for accommodations in the event that MSOP cannot ( or does not want to) follow elements of Rule 26.

This option is called a “Variance.” It requires that MSOP submit a “Variance Request” to change the application of the law, providing MSOP an outlet to do basically whatever they want. However there are limitations.

These Rule 26 Variance are “NON-PUBLIC,” (until recently, you can see them on the DHS website) stealthy arrangements that explicitly confess, “The vast majority of patients committed to the Minnesota sex offender program do not experience symptoms of mental illness that requires psychiatric treatment. ..”

Minnesota lawmakers developed a statute that allows the Commissioner of DHS, who is not an elected official, to make changes to the Rules that govern how they administer treatment to their clients. Those Rules are enforced by the law. The new Rule is essentially a law and the granted Variance by the Commissioner is, in effect, a new law. That new law is “NOT PUBLIC.” Therefore, Secret laws are being created by unelected official.

MSOP petitioned for more than one Variance Request to Rule 26, which moved the facility away from a Medical Model and the constraints of following the various state codes outlined at Minnesota Rule, Chapter 4665, because the MSOP administration know that the clients are not mentally ill.

The point it this: MSOP is not a hospital, nor is it designed to follow a Medical model or to administer to ill people. The Clinical Director of MSOP, Jannine Hebert, gave testimony on March 5, 2015, before The Honorable Donovan Frank, and explained that the MSOP has not been a hospital since at least 2008. In fact, MSOP does not work with patients needing medical care; rather, there is an important distinction in her opinion.

According to Mrs. Hebert, MSOP is a “treatment program” that deals with folks who are “not sick.”

This is a problem, because one cannot receive medical care and attention at a facility that does not provide medical services. And more importantly, the law requires that in order to lock someone up in a mental institution, they need to have a mental illness.

First do no harm! 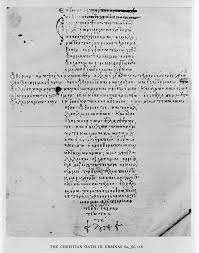 ¹ Gross. Martin L., Investigative Reporter, National Suicide: How Washington Is Destroying The American Dream From A To Z; pg. 221