Two Virginia Democratic lawmakers are spearheading a push to repeal a decades-old law that allows the state to hold certain sex offenders at psychiatric facilities indefinitely after their criminal sentences if they are deemed “sexually violent predators.”

Critics say civil commitment laws are fundamentally unfair and violate the constitutional prohibition against punishing someone twice for the same crime. Supporters counter that the laws protect society from repeat offenders who are unable to control their behavior.

Sen. Joe Morrissey and Del. Patrick Hope, both Democrats, are co-sponsoring legislation that would end the state’s authority to civilly commit sex offenders.

“It is as archaic and as Neanderthal a process as I can imagine,” said Morrissey, a defense attorney and lead patron of the bill that would repeal 1999′s Civil Commitment of Sexually Violent Predators Act.

“We don’t sentence people because of what they might do,” he said. “That’s abhorrent to everything that our democracy and our criminal justice system believes in.”

Twenty states and the federal government now have civil commitment laws, which have been upheld by the U.S. Supreme Court.

Morrissey’s bill is drawing criticism from Republicans and raising eyebrows among some Democrats who believe the state should retain the ability to commit the most serious sex offenders.

“The civil commitment of sexual predators appears to be well within constitutional bounds, and there is no reason to believe it’s not working to make sure that dangerous people do not have access to future victims as long as they remain a threat to the public,” said House Republican Leader Todd Gilbert.

The process begins with an initial screening by the Department of Correction. Based on that, offenders deemed likely to reoffend are given a psychological evaluation and additional review by an interagency committee. That group then makes a recommendation on whether the state attorney general should seek civil commitment. A judge or a jury makes the ultimate decision on whether to commit or release an offender.

Offenders who are committed are sent to the Virginia Center for Behavioral Rehabilitation, where about 405 people are currently housed and a 258-bed expansion is underway. Attorney General Mark Herring’s office says inmates are placed in a “secure, intensive, inpatient sex offender treatment program,” while critics say it’s a place where sex offenders are forced to serve a second prison term.

Offenders are entitled to an annual review hearing for the first five years and every two years after that, when a court decides whether the person remains sexually dangerous and needs to stay at the facility or can be released with monitoring and supervision.

Since 2003 — when the law was first funded by the legislature — through October 2020, Virginia had a total of 689 civil commitments after final disposition as a sexually violent predator. During that same time period, the state granted 410 conditional releases from civil commitment.

The Department of Behavioral Health and Developmental Services said the recidivism rate for people released from the center is currently estimated at about 2%.

“If you look at our discharge numbers, despite claims, people are not held here indefinitely. They receive good treatment and it results in a reduction in recidivism and safety in the community,” said Facility Director Jason Wilson.

Critics say the process of deciding who will be committed is rife with speculation by state-hired experts trying to predict who will commit crimes in the future. 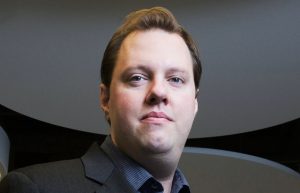 Baughman spent 6½ years in prison after pleading guilty to nonviolent sexual misconduct involving offenses that occurred when he was 14 and 19. As he was completing his sentence, the state moved for civil commitment, and he was held for another 2½ years while awaiting a trial. The jury found he was not a “sexually violent predator” and he was released on probation.

Four years later, he was arrested on a technical probation violation after he exchanged text messages with a teenage boy he met at the funeral of a mutual friend. Baughman, who is gay, said there was no sexual content in his text messages with the heterosexual boy.

The state moved to revoke his probation, and a judge sentenced Baughman to 21 months in jail. When the state then tried to civilly commit Baughman for a second time, a psychologist hired by the Department of Behavioral Health and Developmental Services found that Baughman was not a “sexually violent predator.” But Attorney General Mark Herring then retained another psychologist who said Baughman met the criteria to be labelled sexually dangerous.

Baughman has asked the Supreme Court of Virginia to hear his appeal.

“This is anyone’s worst nightmare — getting locked up, with no exit, with the government claiming it’s ‘treating’ you,” he said.

“The state is trying to punish you for what you might do in the future. This turns the Constitution upside down.”