The Dobbs Wire:  Flashback to 1996.  A Massachusetts father writes about his young son — an important matter requiring a trip to the police station.  It’s a powerful, poignant story that the Chicago Tribune published on Dec. 1, 1996.  The father inquires, “What will be done with this information?”  He asked that question shortly after the Massachusetts sex offense registry got rolling, on Oct. 1, 1996.  Massachusetts was the last of the states to create an official blacklist.  This year marks 25 years that every state has had such a registry, a full generation.  After 25 years the ugly name we give those required to register is one of the most destructive pair of words in the English language.  Sex offense registries in the 50 states and the District of Columbia have an estimated one million listings.  Counting family members and significant others, several million people are directly affected.  Over 25 years plenty has been learned about the impact of these draconian laws, the research has accumulated.  They do not improve public safety or reduce re-offense.  Registries cost a lot of taxpayer dollars to run.  And they do incalculable damage to the lives and future prospects of those forced, under penalty of criminal prosecution, to register.  Registries are disastrous, ineffective laws.  Yet, legislators  continue pushing to make these laws even harsher and judges rarely get in their way.  The cry to dismantle registration laws must be heard and get louder.   Those personally impacted will have to raise their voices and then others will join.  As many readers of The Dobbs Wire are registrants – what will you do to stop this blacklisting?   –Bill Dobbs, The Dobbs Wire   Drop us a line if you would like to join The Dobbs Wire email list or have something to say:  info@thedobbswire.com   Twitter:  @thedobbswire 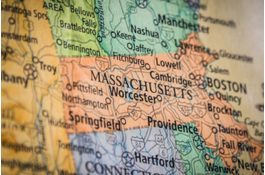 My Son, the Registered Sex Offender

Editor’s note: This commentary was written by an East Coast father whose son was convicted of a sexual crime. The names of the people in this article have been changed to protect their privacy

My son was playing Nintendo with a few of the other residents when I arrived to take him to the police station. The counselor who went to fetch him was subdued. He had probably been briefed about where we were going.

“You won’t be needing his afternoon meds, right?”

“Not today, thanks. We’ll be back in a few hours.”

The medication has been a mixed blessing. He’s on a good-sized dose of Ritalin combined with an anti-depressant, and he’s much calmer than before. There’s a bland serenity, as if the price paid to gain control of his insane impulses has been the loss of his personality.

During the drive, Tom described his progress at the residential center and the rewards that come with it. “Dad, this week I got the highest number of points of all the kids in the program. They gave me an hour of Nintendo, some coupons for McDonald’s and now they tell me they might let me spend a half hour walking around the mall by myself.”

For some reason, I get aggravated when he brags about all the points he racks up for good behavior. “Look, Tom, I’m glad to hear you’re going well, but you must understand this isn’t a game. These little prizes are meant to help you get in the habit of staying in control of yourself. And this business about going to the mall–they’re testing you. They’re giving you more freedom to see if you’re able to handle it, because someday you’re going to have to.”

“Dad, I know it’s not a game.” His voice is flat. I think he’s heard speeches like this before–probably from me. I wish I had more confidence that all his trouble is behind him.

We pull off the highway and head into town. Despite the medication, I think he’s becoming tense.

We are a few days late complying with the new law requiring sex offenders to register with their local police. There had been some uncertainty about whether he had to register and if so where: in the town of the facility where he has been in treatment for the last seven months, or in the community where his family lives and where he will probably return eventually, unless he regresses and demonstrates that he’s still not safe to live with. After various discussions with social workers, probation officers and police, the ruling is in: He definitely has to register, and he should do it in the town he’s from.

He looks around with interest as we drive down Main Street. There have been a few changes since he was last here: New stores have opened, a Chinese restaurant has changed hands, some new condominiums are going up. There’s the high school, where he would be a freshman if he hadn’t done a few things to scare the daylights out of everyone. And now we’re at the police station.

We walk up to the front desk and an officer strolls over to meet us.

“He (not `my son’) has to sign up for the sex offender registry.”

“Come around back. Sergeant, can I talk to you for a minute?”

We are directed to a private office where the sergeant soon joins us to help fill out the paperwork. It’s straightforward stuff: name, date of birth, home address. Identifying marks: none. Offense: indecent assault and battery on a child under 14. Sign below.

While we’re filling out the form, the officer makes a few entries in his computer. When I’m not sure how to refer to the residential center, he suggests we list it as Tom’s work address. As usual, he’s very helpful. The police always have been cordial to me and my wife since my son first began drawing their attention years ago for stealing.

The paperwork complete, we are escorted down a hallway until we come to a large sign reading “NO WEAPONS BEYOND THIS POINT.” I see a few holding cells; it’s also the place for fingerprints and photos. Here we meet an old acquaintance, Inspector Gillespie, who had investigated Tom’s arrest. He gives Tom a friendly pep talk, showing a completely different side than the last time they met.

“Hang in there, champ! You see, things are coming together, you just had to get your feet on the ground. This is no big deal, OK?” He turns toward me. “How’s he doing?”

“He’s in residential treatment. They say he’s doing well and might be coming home in six months or so. We’re keeping our fingers crossed.”

“Well, I’ve been working with kids for 27 years. You have any questions, you call me anytime. How’s your wife doing?”

“I’d say it has been harder for her than for me. This new thing has been difficult for her to deal with.”

While he’s getting the fingerprint kit ready, my attention is drawn to the cells behind us.

“Mind if I have a look back here?”

“You go right ahead.”

I stick my head in. There’s a metal shelf and one blanket. I wonder if guests cover themselves with the blanket or use it for padding. Maybe they fold it in half and do both. There’s also a metal toilet in one corner with a tiny sink built into the top. How do they keep everything so clean?

When I return, Gillespie is holding a Polaroid camera and is positioning Tom against the wall in front of a red backdrop. Tom has the same pleasant half smile he shows in his soccer and football pictures. “OK, you’re looking good–hold it! One more–that’s great!”

And that does it. The procedure is complete and we’re free to go. Before we leave, I ask Tom to wait on a bench while I speak to the sergeant for a minute.

“What will be done with this information?”

“Well, it’s going to be put in the registry, and if people are concerned that any sex offenders might be living in their area, they have a right to come up here and have a look at it. That doesn’t mean they can give his name to the papers or do anything illegal like throw rocks at your house.” “Yeah, but I heard on the radio that they now have different categories for offenders, and the ones classified as high risk could have their pictures posted all over town and the police could go door-to-door warning people about them.”

“I’d say that’s about right,” the officer says. “They haven’t given us any guidelines yet, but when they do, we’ll have to follow them. If they tell us to put up billboards with somebody’s picture on it, that’s what we’ll have to do.”

“I’ll tell you what bothers me,” I say. “He’s on probation for something he did when he was 13, and I think they could label him a high risk because of it. We’ve got him in residential treatment and it was rough going at first, but they say he’s doing better now and I hope it’s true. Would it be right for him to come home and be a complete outcast? Of course, he’s still going to be a risk, there’s no doubt about that.”

“I have mixed feelings about the new law, too,” the officer says. “I can tell you that the board doing the classifying has thousands of cases to go through and it could be months before they get to him. For now, he’ll just be listed in the registry.”

I tell him, “I ask myself, what happens if, God forbid, he goes out and does it again, and massive publicity about him could have prevented it? On the other hand, how could he live a normal life with people pointing fingers and yelling `That’s him!’ everywhere he goes? Is it fair for him to be subjected to that?”

The officer puts on his glasses and studies some papers that explain how the law works. “OK, it says here there’s an appeal process. You have 30 days to take it up with the board. I’d say that would be the way to go.”

“I just don’t want people to despise him.” I think to myself; He’s adopted and nobody knows what genes he inherited or what might have happened to him before he came to us. Still, I know that doesn’t excuse what he did. “I’m sorry to be taking so much of your time–it’s not always easy to figure out what to do.”

“That’s quite all right,” he says. “If you ever have any questions, just give us a call. We`re here when you need us.”

During the drive back, Tom and I make plans for next weekend. The Topsfield Fair and a climb up Mt. Monadnock are possibilities. While we talk, I’m also trying to anticipate the next crisis and how best to handle it. As always, I must factor in public safety, the right approach for dealing with Tom and what I believe is a worthwhile goal of keeping our family intact. Will I get it right? I haven’t found any instruction manuals for this sort of thing.

We arrive back at the center in time for lunch. Following the rules, I bring him in and deliver him to a staff member.

“Will do. Stay out of trouble.”