The legacy of the 40-year-long sex panic in the U.S. is a vast regime of draconian penalties and “management” of “sex offenders” – a category including anyone from consensual teen lovers to armed rapists. Along with long prison sentences, the sex offender registry, and restrictions on residency, work, recreation, travel, and family life, a crucial element of the regime is “sex offender treatment.” Based on the notion that “sexual offending” is a unique, incurable disorder, which must be “contained” to protect the community, especially children, from predation, such treatment is anything but therapeutic. It is coercive, moralistic, often humiliating, sometimes endless, and practiced in nonconfidential collaboration with punitive authorities. In many states a diagnosed “sexually violent predator” may be detained indefinitely in a psychiatric facility after completing a prison sentence. Opponents of registries often promote treatment as a humane and effective alternative. But not only is the evidence of its effectiveness equivocal, “sex offender treatment” should be understood in a Foucauldian frame, as the criminalization of sexual deviance and the medicalization of crime, deployed to repressive ends from Salpêtrière to the Soviet gulags to gay “conversion therapy,” exported globally from the U.S., especially to Africa and Latin America. People who commit sexual violence are indeed psychologically troubled. 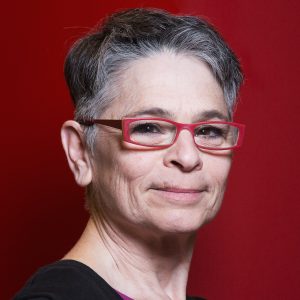 Judith Levine is an American journalist, essayist, and author. She has published hundreds of articles and commentaries on sex, gender, justice, and feminism, as well as five books, including the award-winning Harmful to Minors: The Perils of Protecting Children From Sex (2002) and The Feminist and the Sex Offender: Confronting Sexual Harm, Ending State Violence (Verso, 2020), co-authored with Erica R. Meiners. Levine is also a longtime political activist, engaged in movements from feminism, sexual liberation, and racial justice to labor unions and peace. She lives in Brooklyn, New York (U.S.) and a small rural town in Vermont.

What’s up with the reference in the subtitle?

“Surveiller et Punir” Is a title of a 1975 book by Michel Foucault. For more info https://en.wikipedia.org/wiki/Discipline_and_Punish