The Dobbs Wire: Death Sentence—>Coronavirus in jails and prisons

The Dobbs Wire:  Death Sentence.  Reuters investigated COVID-19 in jails and prisons and has a devastating report, finding coronavirus spread rapidly, authorities had little testing available to track what was happening, and the official number of cases is way off – undercounted.  Kudos to Reuters for a detailed report and shining a spotlight on life inside during a raging pandemic, have a look at their story!  Learn about Charles Peterson, jailed in Colorado and charged with a parole violation involving keeping his sex offense registry listing up to date. Parole, probation and registries come with long lists of rules and, as you’ll see, a minor infraction can lead to very serious consequences.  –Bill Dobbs, The Dobbs Wire  info@thedobbswire.com

COVID-19 is spreading rapidly in U.S. jails and prisons, but testing of inmates and staff remains spotty and many confirmed cases are going unreported. The resulting lack of data has deep implications for the fight against the virus, because prison outbreaks can move easily to surrounding communities. 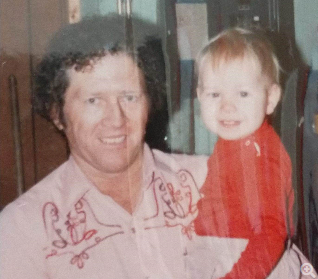 Charles Peterson died two days after he was released from Colorado’s Weld County Jail. He is seen here posing with his grandchild. Photo provided by family/Handout via REUTERS

By Peter Eisler, Linda So, Ned Parker and Brad Heath

Excerpts:  When COVID-19 began tearing through Detroit’s county jail system in March, authorities had no diagnostic tests to gauge its spread. But the toll became clear as deaths mounted. First, one of the sheriff’s jail commanders died; then, a deputy in a medical unit.  “Working in the Wayne County Jail has now become a DEATH sentence!” the head of the deputy sheriffs’ union, Reginald Crawford, wrote on Facebook as the losses mounted.

COVID-19 has spread rapidly behind bars in Detroit and across the nation, according to an analysis of data gathered by Reuters from 20 county jail systems, 10 state prison systems and the U.S. Bureau of Prisons, which runs federal penitentiaries. But scant testing and inconsistent reporting from state and local authorities have frustrated efforts to track or contain its spread, particularly in local jails. And figures compiled by the U.S. government appear to undercount the number of infections dramatically in correctional settings, Reuters found.

Charles Peterson, 78, began showing symptoms of COVID-19 a week after a parole violation landed him in Colorado’s Weld County Jail on March 11. By the time he was released on March 30, he was on the verge of dying from it.  Peterson declined quickly, two fellow inmates told Reuters. Birch said he and other inmates alerted jail staff, but Peterson was left in the general population.

Peterson’s parole violation involved failing to renew his sex offender registration while living at “Rock Found,” a re-entry home for convicts returning to the community.  Peterson was released after Colorado’s Department of Corrections decided not to hold him for his parole violation, part of the effort to slow COVID-19 transmission in local jails by reducing inmate populations. When he was let out of jail, a former Rock Found roommate brought him back to the home, cold, shivering, barely able to walk.  The program director called paramedics.  MORE: