Downstate confronts questions that date to the time of Plato and the Old Testament: How ought we punish acts that are repugnant to society? Are there lawbreakers who are truly unforgivable? Are there offenses that demand perpetual condemnation, shunning, expulsion—banishment?

We once thought that we knew the answer to such riddles, at least in principle. For much of the twentieth century, jurists and lawmakers progressively tethered law to enlightened ideals: they eschewed punishment for the sake of punishment, embraced the idea of contingent redemption—rehabilitation—and imposed limits to punishment. But after the turmoil of the 1960s, American legal history diverged from its historical trajectory—and from the trendlines of other rich democracies—and begins to read like a series of unmodulated rages vented at a shifting cast of incorrigible criminal miscreants. Moral panics, waged through newspapers, magazines, and broadcast media, produced various species of outsized monsters: violent repeat offenders whose predations were exceptional but who were held to stand for much wider classes of offenders. Wars on crime, drugs, gangs, and terror follow in rapid succession, interspersed with ongoing campaigns to protect innocents from harm, especially sexual harm. In the name of the victim, legislatures passed harsher laws, police made more arrests, prosecutors brought more charges, and judges and juries handed down stiffer sentences. Before we knew it, anonymous numbers had piled up into the largest prison population in the world and the highest per capita prison rates as well.

Liberals and conservatives alike enthusiastically embraced this punitive approach to crime. For who could argue against demands for public safety? Certainly not anyone who wanted to get elected or reelected. The trouble lay not so much in identifying the problem—overall, violent crime rates spiked in the 1960s, plateaued in the 1970s, and remained elevated with scarifying periodic peaks into the early 1990s before declining back to 1950s levels in recent years—as in coming up with proven, modulated strategies for prevention and repair. The approach that prevailed over the late twentieth century was simply this: Brute force is the only language that the lawbreaker will understand. Lock the bad man up in a hellish place and keep him there.

This punitive turn has started to abate. Slowly, cautiously, the US has begun scaling back its harsh drug laws and other practices that caged men for long terms without hope of redemption or reintegration. And oh-so slowly, the prison population has been shrinking since peaking in 2008. But there is one front where the rage to punish remains intact and where penalties continue to intensify.

Laws punishing sex offenses are still becoming harsher and more exacting, even though reported sex crimes are declining—and in fact were already declining well before these laws were passed. In consequence, the numbers keep climbing: people convicted of sex offenses are a rapidly growing segment of the prison population—up to 30% in some states—while beyond the walls of the prison, additional punishments, provisions, and ‘collateral consequences’ have been added on, virtually all of them based on flawed diagnostics and unsound prognostication.

Consider the stark legal landscape that provides the background for tonight’s play.

Public sex offense registries, mandated by Megan’s Law, a federal statute passed in 1996, are rapidly growing: listings have ballooned to 904,000 at latest count. If registrants were a city, they’d rank twelfth largest in the US, just above Jacksonville, Florida, and San Francisco. Other Anglophone countries, including the UK, have sex offender registries; these are limited lists available only to law enforcement. Only the US puts its registries on the web, for the general public to peruse—and the US lists much larger numbers of people per capita. Indeed, every revision to registry laws has mandated longer terms of registration for wider classes of offenders, suggesting that such laws work like a one-way ratchet: they can only intensify surveillance and control, never modulate them.

Public online listings push registrants into poverty and homelessness, rendering them all but unemployable and unhousable. But digital blacklists are only the beginning of added-on penalties and collateral measures. Exclusionary zones in more than thirty states and hundreds of municipalities draw wide rings around schools, parks, bus stops, or other places where children might gather. They restrict where people living on the registry can live, work, shop, or even walk. Compliant places are scarce if they exist at all in downtown areas, effectively banishing registrants to liminal spaces at the interstices of public life. The internationally-famous scene under the Julia Tuttle Causeway gave newspaper readers a glimpse at the effects of such laws. In 2007, a small number of sex offenders took up residency in tents and cardboard boxes under the Miami bridge; authorities charged with monitoring sex offenders allowed this because they could find no other places for the registrants to live. By 2009 the camp had swelled to a sprawling colony of up to 140 squatters. So complacent were local authorities about this refugee camp that they transported sex offenders directly there upon release from prison.

Other forms of tracking and monitoring have spread as well. At last count, forty-four states and the District of Columbia have passed laws that require some sex offenders to be monitored—sometimes for life—with electronic shackling or global positioning devices. The Adam Walsh Act (2006) includes a federal pilot program to use global positioning to keep an eye on sex offenders. In some states, chemical or surgical castration are available as punishment for some categories of sex offenders.

Civil commitment laws allow for the indefinite detention of some sex offenders after the completion of their criminal sentences. Civil libertarians have always objected that such laws violate due process, represent a form of double jeopardy, and are tantamount to indefinite preventive detention. Instead of holding people accountable for past actions, they hold them accountable for imagined future crimes. The Supreme Court has repeatedly swatted aside these objections: civil confinement is not deemed punitive if psychological treatment is provided. Such rationale for such practices would seem to display an inherent illogic: the accused is deemed mentally fit for trial and sentencing but mentally unfit for release. Ongoing court challenges show that in practice, detainees are almost never released; they also show how slippery the term “sexually violent predator” has become. At the time of this writing, a gay Virginia man, Galen Baughman, is being held pending civil commitment based on a technical, not criminal, violation of probation terms: his convictions were for consensual sexual acts while he was himself a teenager; he has never been charged with a crime involving violence. Our civil containment practices for sex offenders are so extreme that high courts in the UK and Canada have deemed that they violate international human rights protocols and have blocked defendants’ extradition back the US. Some 6,400 people are currently being held in civil commitment gulags.

Normal laws are usually subject to the limits of time and place, but sex offender laws are anything but ordinary. They are undergirded by an unsupported belief that sex is different—and by impossible demands to anticipate and impede any and every possible future violation. And so, the marking and tracking of sex offenders leapt beyond national borders with the enactment of International Megan’s Law in 2016. Among other provisions, the new law requires a “visual designation affixed to a conspicuous location on the passport indicating that the individual is a covered sex offender.” Even the US State Department objected, in advance of its passage, that the law was unnecessary—part of what critics call a “security theater.”

Digital scarlet letters, electronic tethering and practices of banishment have relegated a growing number of people to the logic of “social death,” a term introduced by the sociologist Orlando Patterson, in the context of slavery, to describe permanent dishonor and exclusion from the wider moral community. The creation of a pariah class of unemployable, uprooted criminal outcasts has drawn attention from human rights activists, and a number of publications, including The Economist, have decried our sex offender laws as harsh and ineffective.

Those affected by such provisions are said to be “the worst of the worst.” Laws bearing the names of child victims invariably invoke “violent repeat offenders” and “sexually violent predators.” Repeat rapists and serial offenders do appear on the registries, of course. But in actual practice, the “typical” sex offender is a less extreme figure. Contrary to the common belief that the registries provide lists of child molesters, the victim need not have been a child and the perpetrator need not have been an adult. Up to 41% of child sex abusers are said to be juveniles themselves. According to the Department of Justice there are at least 89,000 minors on the registries. (In New Jersey a neurologically impaired twelve-year-old boy who groped his eight-year-old brother in the bathtub was required to register as a sex offender, as Judith Levine details in Harmful to Minors. Teens who have engaged in “sexting,” swapping nude photos of themselves and their partners, have been compelled to register, as a spate of news stories show.) The overwhelming majority of registrants sampled in a 2007 study by Human Rights Watch were nonviolent one-time offenders. These include adults who supplied pornography to teenage minors, young schoolteachers who foolishly fell in love with one of their students, and men who urinated in public or were caught having sex in remote areas of public parks after dark. Culpability and harm vary greatly in these offenses. Some are serious. Some would not be classified as criminal under European laws, which set lower ages of consent than do laws in most American states.

At the beginning of this trend of punitive lawmaking, legislators and jurists cited “risk,” asserting that men who committed sex crimes were likely to commit new sex crimes, and that minor offenders were likely to escalate to acts of violent predation. Careful studies by the Justice Department and other organizations have shown the opposite. Recidivism rates for men convicted of sex crimes are low, much lower than for most other categories of lawbreakers. Meanwhile, scores of careful studies have tried to gauge the effects of public registries, exclusionary zones, and so on. They supply not a shred of evidence that any of these measures are effective at achieving their stated goals—preventing recidivism, protecting children—and some studies suggest that these practices are counterproductive, in that they relegate ex-offenders to a condition of perpetual social exclusion and thus give them no stake in their own rehabilitation. 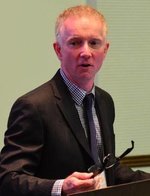 Roger Lancaster is Professor of Cultural Studies at George Mason University and author of Sex Panic and the Punitive State (2011) and the essay “The new pariahs: sex, crime, and punishment in America” for The War on Sex (2017). He is a member of the Board of Directors of the National Center for Reason and Justice, a non-profit organization that educates and advocates for child-protective laws and criminal justice practices based on science, fairness, and good sense.

A shorter version of this essay was included in the program for the London run by the National Theater of the production of “Downstate” by Pulitzer Prize-winning playwright Bruce Norris.  This is the original form of the essay, published for the first time here at Just Future Project with permission of the author.

Here is a link to a .pdf version of the above content:  DownstateEditorialRevised.pdf