Home Uncategorized Gay Rights: How Far Have We Really Come?

Gay Rights: How Far Have We Really Come? 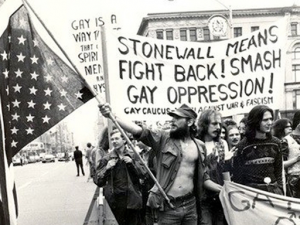 The issue of mistreatment of homosexuals has been around for almost as long as civilization itself. For ages, members of the LGBTQ have been treated as if they are not people at all. For a very long time, being a homosexual was a crime. Once this was lifted, it was no longer a crime, but a mental illness. Once it was no longer considered a “disorder” to be gay, the LGBTQ community faced discrimation across the board and were still not able to become legally married. Since the Stonewall Protests nearly 50 years ago, the gay community has made leaps and bounds. Many think that Stonewall is what sparked the massive new era of thinking when it comes to the LGBTQ community, but only in the past decade has this changed. Now, in the USA it is perfectly legal for the LGBTQ community to marry anyone they please.

While the LGBTQ community has made dramatic steps forward in our society, queer people continue to face implicit bias that is hidden and often overlooked by the mainstream advocacy community. Many advocates only focus on the issues they see, but marginalized people have problems not always seen, they face hidden bias that are consistently built into certain institutions. One of the areas where anti-gay bias has been allowed to flourish is in the Criminal Justice system. A very clear example of this can be seen in the system of Pre Crime Preventative Detention.

Pre Crime Preventative Detention Laws, in their truest essence, is holding a potentially dangerous or violent person in a psychiatric facility for treatment until they are no longer seen as a threat to society. Their detention takes place after they serve a full sentence, effectively incarcerating them again based off the same crime. Currently, 20 states in America can legally sentence a person with a sexual crime to Pre Crime Preventative Detention, merely based off the fact the person may commit an imaginary crime in the future. Many studies have shown that the amount of LGBTQ members detained, especially gay men, is frighteningly high. In some facilities, the number of gay or bisexuall men or transgender women housed there is nearly 75% of the total population.

These facilities are also not what they should be. Ideally, the facilities are psychiatric hospitals where patients can get the care they need. That is almost never the case. They are in fact likened by some mental health professionals to supermax prisons. Not where a recovering inmate who made a mistake one time should be held.

Another terrifying aspect of Pre Crime Preventative Detention Laws is the time span it could potentially last. It should only be enough time for a person to be treated and no longer be deemed a threat. This could only be around 2 months. Sadly, it is rare that anyone is only committed for 2 months. Since the sentences are indefinite, many are held for exceptionally long periods of time. One inmate was even quoted as saying “The only way out is with a tag around your toe”. This should not be the case. This process should not last years on end, especially if the patient never should have been sent there in the first place.

Perhaps one of the worst facts about Pre Crime Preventative Detention Laws is the fact that it does not seem to be working in anyway. The final goal of this process is to ensure the fact that every person with a sex-related conviction will be a one time offender. It operates with the goal that through Pre Crime Preventative Detention Laws, the person incarcerated will never commit another act again. Studies have shown that Pre Crime Preventative Detention Laws do not seem to be lowering with the recidivism rate. There is almost no difference between the recidivism of those with a sex-related crime in the 20 states that allow it versus the 30 that do not. In fact, the recidivism rate for persons with a sex related-conviction across the country as a whole is not high.

Within the past decade alone, the LGBTQ community has made leaps and bounds in the right direction. Although there is nothing we can do to combat the constant hatred that always seems to present in our world, the LGBTQ community has made strides towards finally ending the stigma that surrounds it. Despite all of this progress, one government backed program continues to cause a plethora of harm. Pre Crime Preventative Detention Laws holds the LGBTQ community back due to the fact it incorporates a disspraportionate amount of queer men into this dystopian institution.

The way someone is tested to see whether or not this intervention is needed is with the Static 99, an assessment tool used to determine potential recidivism. It is a 10 question survey and the answers are weighted. The Static 99 has bias ingrained into it. It asks questions that single out the homosexual community, and it correlates higher recidivism risk with gay men. The Static 99 is a clear example of the anti-gay bias ingrained Pre Crime Preventative Detention laws.

The work that Just Future does is to combat this government institution. It seeks to help those affected by this injustice. The work we do aims to change this broken system and aid those who need it. We have a vision for a just future where legal criminal policy does not disproportianately impact  the LGBTQ community.

Garret Christino is a rising senior at the University of Delaware, studying Criminal Justice and Psychology. He hopes to attend Law School after his undergraduate experience and he currently works at the Just Future summer intern.