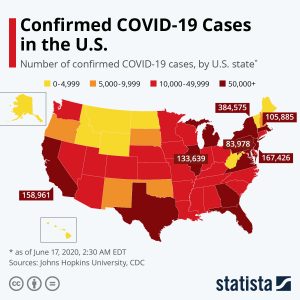 Editor’s Note: Nothing shows how dangerous a killer Covid-19 can be as clearly as does news of others like us dying from it in other sex offender civil commitment (“SOCC”) facilities. These victims are all I know of at this time. Expect more reports later.

“A superior court judge on Friday ordered the release of Glenn Christie, age 54, an especially vulnerable inmate at the Massachusetts Treatment Center, just after his roommate died of coronavirus at the Bridgewater facility, his attorney said”.

“Prison officials confirmed that a second inmate had died after testing positive for Covid-19 …. [That] inmate was in his 70s, had underlying health conditions, and had been incarcerated at the Massachusetts Treatment Center since 2016”

“Treatment center inmates, most of whom have been convicted of serious sex crimes, are especially prone to infection because they share rooms, communal toilets, and showers with several other inmates.”

“Several other inmates told the [Boston] Globe they have been kept in the dark about the outbreak at the center. Relatives and friends of some of them tried to send a Globe story detailing the conditions at the facility, but the stories were rejected as posing a safety risk to the facility.”

“Inmates have been in lockdown for two weeks. That means most can leave their rooms only to use the bathroom, shower, get their medication, and make short phone calls.”

“But being in a lockdown doesn’t mean the threat of infection is eliminated or even reduced. Christie said the inmates in his units lined up in a hallway to get their meals and medication, 50 or more at a time.”

“‘Congregate settings like prisons are at a massive increased risk of outbreak, and that’s exactly what we’re seeing,’ said Christie’s attorney.”

One confinee in MSOP-Moose Lake reports being informed by his attorney that two more Massachusetts confines have died.

“A few minutes ago, I received word from a detainee in the Florida Civil Commitment Center, Arcadia, Florida, that Joe Jackson, another detainee [there] died as a result of Covid 19 …. ”

“A resident in a sex offender treatment facility has died from Covid-19, the illness caused by the novel coronavirus. Another resident is sick with the disease. The outbreak is taking place in Florida’s Civil Commitment Center, a privately run treatment facility in DeSoto County for sex offenders held under [Florida law]. … The facility … is run by Well path Recovery Solutions, … through contract with [Florida].”

“Tampa attorney Jeanine Cohen also confirmed that [the man], a client of hers … had [COPD], an inflammatory lung condition, and was on oxygen. He got sick about the third week in March and spent IO days in a hospital, including the ICU. After that, he bounced between the hospital and the center as his condition worsened.”

“The 720-bed center isn’t a prison or jail, but it has similarities to those institutions. It’s a secure facility where hundreds of people are living and working in a restrictive setting and have contact with each other in communal spaces. Civil rights advocates have warned that [such facilities] can easily become hotbeds for infection, and that has already started to play out in prisons across the country, including in Florida. ‘It’s going to spread like wildfire,’ Cohen said.”

Rick Karlin of the Times Union newspaper reported on April 14th that “At least 18 people-9 inmates and 9 staff-have been infected with Covid-19 at the Central New York Psychiatric Center which houses sex offenders who [are] civilly confined [there].”

“‘It’s basically a death trap in here,’ said one resident … ”

“Another patient … said he was informed at least one person tied to the facility had died as a result of [Covid-19] symptoms.”

Eldon Dillingham of CURE-SORT reports receiving a phone call from one confinee in the Avenel, NJ SOCC facility stating the facility was in “total lockdown” after two confines tested positive for Covid-19. One confinee is rumored to have died of it.

Editor’s Closing Note: Despite stay-home orders and other governmental actions, remember that you are your last line of defense. Don’t drop your guard! Use all precautions – constantly! Your life is in your hands!