The below is OCEAN Newsletter Volume 1, Issue 2, Article 3 (Aug. 15, 2019) published by Russell J. Hatton & Daniel A. Wilson from the gulag in Moose Lake Minnesota.

If the public and the state authorities are going to keep us locked up forever, they are at least going to know how we’re getting along. After praying for an interview, God provided. After venting to a friend via letter, he responded just in time for this publication of the second issue of our OCEAN newsletter.

The following is an excerpt from our conversation:
It’s been 15 years since I committed my crime; 15 years that they have wanted to know why; 15 years wanting to know what “caused” this “mental illness” I was alleged to have had; 15 years … and my primary therapist, Ross Peterson, states that it is his professional opinion that I “do not have a mental illness nor do I exhibit sexual deviancy.”

I have spent the greater part of these last 12 years studying psychology, through the tragedy of my uncles stroke, we discovered neuroscience. It has been neuroscience and the power of God that I am now on a discovery of truth.

I cannot change the past, I can only apologize, and tell you that I Am Sorry! Nor can I, or anyone for that fact, predict the future.

The choices I make in the present moment are for understanding. To becoming a Defender. I am NOT a sex offender, I committed a sexual offense, a choice of a criminal nature, not a symptom of some manifested mental disorder.

Through my study of neuroscience, I’ve learned the impacts of drugs and alcohol on the prefrontal cortex. The Prefrontal Network plays an important role in behaviors that require the integration of thought with emotion. Its integrity appears important for the simultaneous awareness of context, options, consequences, relevance, and emotional impact that allows the formulation of adaptive interpretations, decisions, and actions. Damage to this part of the brain impairs reasoning, judgment, the online (attentive) holding of information, and the ability to inhibit inappropriate responses and behaviors.

I’ve learned that had I not been inebriated I would not have committed the sexual abuse. This is no excuse or scapegoating, science does not allow for such. The truth is the truth. Nor does it allow for unaccountability. I am accountable, and I have displayed it for the last 12 years.

I don’t spend time waiting for change, I pursue it, craving knowledge and understanding. I take accountability through taking responsibility for my rehabilitation, I need to because MSOP does not.

So, why am I here? A long, long time ago, I realized MSOP is not about providing rehabilitation, but the courts opportunity to re-convict the already convicted. 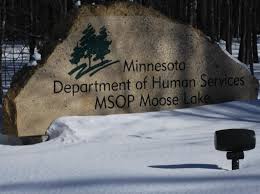 No one has, I think, really been honest as to what we’re trying to do here. I’ve heard arguments before the Court of Appeals and Supreme Court by prosecutors, the county prosecutor and the Attorney General’s Office, saying that what we want to do and why we can withhold these individuals, these sex offenders, for life is because we want to treat them, we want to make them better. I don’t think so. I don’t think that’s the intent here at all. I think the intent is to use the psychopathic personalities statute to get a second bite at the apple. After an individual has been subjected to the criminal justice system, and maybe we don’t like the deals that were cut by the prosecutors, or the lengthof sentences by the courts, but the fact of the matter is through the sex offender statutes, the criminal statutes, we as a society have determined that if you commit a crime, a sex offense, you will serve it behind bars, and after you serve that time, society deems that you have paid your debt to society, and you shall be let free. Under the psychopathic personality statute, county prosecutors are taking a second bite of the apple, saying, ‘that plea agreement that we entered into, the sentence that the judge gave, isn’t good enough; we want to get you life!’ How many people who have been committed to St. Peter under the psychopathic personality statute have been freed?Two? . . . It is essentially a life sentence …