The below is OCEAN Newsletter Volume 1, Issue 8, Article 3 (Jan. 8, 2020) published by Russell J. Hatton & Daniel A. Wilson from the gulag in Moose Lake Minnesota.

On December 22, 2019 OCEAN called a meeting of 6 men at MSOP to talk about addressing our want and need for Christian Counseling. 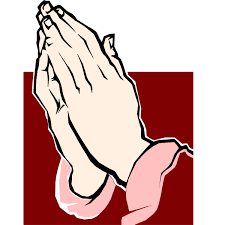 This meeting is long overdue as MSOP’s ideology has failed too many of its detainees seeking real relief from their personal struggles.
The 6 of us have decided to make a last ditch effort to get our clinicians to acknowledge our beliefs, and implement them into our treatment plan for the first quarter of 2020. We are not trying to “Christianize” MSOP.
However, we are presenting an ultimatum: they either implement our beliefs into our individual treatment curriculums, or we file a suit.
For those who don’t agree with this, especially fellow Christians, let us make our argument.
Jesus challenged the authorities constantly-especially the Pharisees, who taught the Jews. His efforts were not for His personal gain, but for theirs and those who followed Him. Also, Paul was a huge advocate for God in the court room (Acts). We have been called to follow this pattern.
Psychology is an ideology. It is a structured form of analyzing human behaviors and developing solutions to human problems. MSOP demands that we submit to their ideology or we will never go home. What MSOP does is not only ineffective, it is immoral and un-American. They are holding our freedom hostage until we participate with their disgusting ideals. Some of their demands include, having sexual fantasies about people we are not married to, and watching child pornography [via. PPG].
This effort will also benefit other faiths as well. Although this particular group of 6 men are Christian and want our treatment goals to reflect what we believe, if we accomplish our goal, it will open the door for other faiths to have the same freedom. For those Christians who don’t like the idea of other faiths benefiting in this way, lets us say this: As Christians, sure we would like everyone to accept Christ. However, we know that God does not want robots. Everyone should have the right to choose their path.
Some argue, “what difference does it make, they won’t let you out either way.” This might be true, but it doesn’t matter. Of those that have been released from MSOP (9 out of 731 in 25 years), a couple of them were participating in the MSOP treatment. Therefore, we support EFFECTIVE treatment and effective treatment.
This means a treatment tailored to the individual, including his religious beliefs.
The remainder of this issue shows the parallels between Nazi Germany and MSOP in an attempt to gain supporters for our efforts to reform MSOP.
We understand the potential for offending people by doing this. However, we believe there are similarities that are red flags to what could be the ear marks of a neofascist agenda. Please keep an open mind.
“we support EFFECTIVE treatment and effective treatment means a treatment that is tailored to the individual, including his religious beliefs.”