The Dobbs Wire: Rights for ALL?

The Dobbs Wire:  Rights for all?   Alarmingly, individuals and groups who are despised get shortchanged on constitutional rights.  In a new piece for The Nation, JoAnn Wypijewski tackles this topic just as the Senate considers Ketanji Brown Jackson for a seat on the U.S. Supreme Court.  The essay reveals how courts make the rights of those with a scarlet letter – persons required to sign the sex offense registry – disappear!   A recent, rare statement by a current Supreme Court justice, Sonia Sotomayor, figures into the discussion.  Have a look!  –Bill Dobbs, The Dobbs Wire   Drop us a line if you would like to join The Dobbs Wire email list or have something to say:  info@thedobbswire.com   Twitter:  @thedobbswire

In an overlooked, once-anonymous article from her student days, Biden’s nominee emphasized the human impact of law on the most hated people in America. 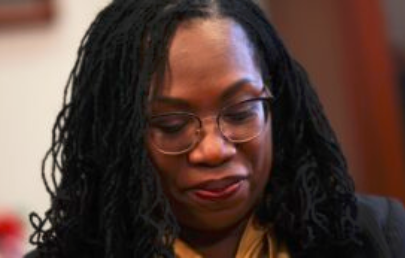 Excerpts:  When she was but a young woman, a law student, Ketanji Brown Jackson did something few serving jurists have found themselves brave enough or principled enough to do. The year was 1996.

What makes the young Ketanji Brown Jackson remarkable is her challenge to legal interpretations of a system of control over people who were not only made a separate category of human being then but are still largely shunned by reformers now. In a Harvard Law Review Student Note titled “Prevention versus Punishment: Toward a Principled Distinction in the Restraint of Released Sex Offenders,” she placed the humanity of a despised class of people at center stage. Where might justice be, she asks in effect, if we begin by considering how state power affects the life and liberty of society’s most hated individuals?

In the intervening years, many more people who had completed their sentences had been forced to register as sex offenders with local police and have their faces, names, aliases, addresses, workplaces, etc. published on the Internet. Regimens controlling their freedom to move about, to work, get an education, reside in their own homes or with their own families—simply to live—had grown more byzantine, and by 2006 applied to certain juveniles 14 or older at the time of the offense.

Courts had, on the whole, taken limited interest in the human impact of these restrictions; and the Supreme Court had weighed in, blessing the registries in 2003, applying the same muddled reasoning that Jackson had critiqued, and introducing a poisonous falsehood—declaring that re-offense rates for people convicted of sex crimes were “frightening and high” when actually they are among the lowest. Here was another bit of junk science, since debunked, but widely repeated and never recanted.  The law says this isn’t punitive. All of which makes Jackson’s youthful writing piercingly relevant.  MORE: