The Dobbs Wire:  Remembering Thomas Pauli.  Winter weather brought Thomas Pauli’s death but the real cause was draconian laws that drive people into poverty, homelessness and hopelessness.  Thomas had a serious scrape with the law many years back and paid a price, serving 11 years in prison.  All that might have moved to the rear view mirror but this was a sex offense.  Special laws apply so he was put on the sex offense registry and faced severe restrictions on where he could live or even get temporary refuge from winter’s wrath.  Thomas’s death did bring some slight changes to the laws.  However, Michigan’s registry is still going strong despite many years of hard fought lawsuits.  Registries do not improve public safety – that’s what the accumulated evidence tells us.  Registries do not reduce re-offense, that’s also known from the evidence.  Registries cost considerable taxpayer dollars.  For those who already paid a price for wrongdoing, registries make re-entering community and moving on with one’s life extremely difficult.  From all that’s known, registries are a type of punishment that should not exist.  Yes –registries can and should be dismantled.  That will take sustained, smart campaigning.  Meanwhile, we can rethink what’s needed to reckon with sexual violence and make a safer world.  Tom Rademacher wrote a great column for The Grand Rapids Press about Thomas Pauli’s life, death, and more–have a look!   -Bill Dobbs, The Dobbs Wire   If you have something to say or would like to be on The Dobbs Wire list, drop us a line.  info@thedobbswire.com  Twitter: @thedobbswire 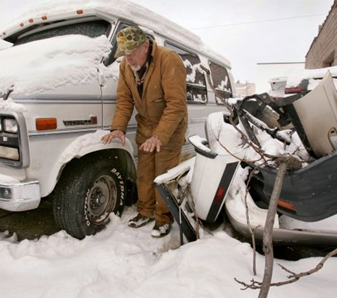 Don Lamse returned to the rear of his recycling shop on

South Division Avenue to show where he discovered on

So is this what it finally takes for us to hear the muffled cries of the homeless — an ex-con dead in the snow because it’s against the law for a sex offender to huddle up at either of two Grand Rapids missions? 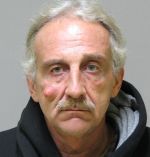 Thomas Pauli didn’t choose to die alone in the cold.

He apparently froze to death because of a crime he committed nearly 20 years ago, and a law that’s dogged him ever since his release from prison. In the days prior to the discovery of his body Monday morning at a recycling operation in the 600 block of South Division Avenue, he reportedly attempted to score a bed at either or both the Guiding Light Mission and Mel Trotter Ministries, just blocks away.

But officials at both facilities reluctantly acknowledge they would have turned him away because registered sex offenders can’t reside for even one night within 1,000 feet of a school, in this case, Catholic Central High.

Never mind that school isn’t in session during the hours a guy like Pauli would have been snoozing away on a warm cot.

Or that ex-cons — or anyone else — are more likely a threat to a neighborhood when they have nowhere to go. When they are desperate.

The problem is compounded by the fact that both missions are too near a pair of public parks, and that Mel Trotter houses women and children. All those elements also render the missions lawfully unable to accept offenders.

The missions aren’t to blame. They risk fines or even being shut down if they don’t comply with the law.

But it’s a law that needs changing. And we need to re-examine our collective level of commitment to a part of society that, to most of us, matters least.

Asks Bill Shaffer, an officer with Guiding Light, “How do we treat the unlovable?”

“I couldn’t sleep last night thinking about Thomas Pauli freezing to death outside,” said a tearful Marge Palmerlee, executive director at Degage Ministries, which cares for folks like Pauli who live and frequent the Heartside area on downtown’s fringe.

“Who can sleep at night, thinking of these people outside. It’s just unbelievable.”

I’ll bet that even before readers got to my fourth paragraph, some were thinking that Thomas Pierrie Pauli, who was born on Christmas Eve 52 years ago, got what he deserved. OK, so he spent time in the joint. Big whup. A sex offender should pay forever.

Maybe so. I know too many people — people close to me — who have been victims of sexual assaults. In Pauli’s case, he was convicted in Grand Traverse County in 1991 of second-degree criminal sexual conduct against a person younger than 13.

Of the 5 to 15 years to which he was sentenced, he served more than 11. Not exactly a slap on the wrist. His wife divorced him two years into his stint.

After his release in 2003, he eventually ended up at an address on Leonard Street NE. But he wandered from there and ended up roaming Heartside’s gritty domain. He checked in and out of Project Rehab.

On Dec. 30, he was booked for failing to register his address with authorities. He got 16 days for that misdemeanor and was freed Jan. 14.

Sometime during the past two weeks, he tried to bed down at either or both missions, according to Palmerlee, who knows of two people saying they saw Pauli standing in lines.

“A patron told me they’d seen him in Mel Trotter’s line not long ago,” added Lori King, life enrichment center supervisor at Degage.

Officials at both missions cannot confirm Pauli tried to get in, but they also can’t rule it out, because they don’t track applicants who are refused admission, only those who make it across the threshold.

Either way, they said it breaks their hearts to know they have to abide by a law that puts men in life-or-death situations.

“Ethically, it feels like we’re responsible,” said Bill Merchut, in charge of programs at Mel Trotter. “But we have to follow the law.

“These men and women are clearly ‘The Scarlet Letter’ folks of our day. “I’ve had (sex offenders) say, ‘Where can I go?’ and I stand there with my mouth open and I have no answer.”

There aren’t many options for men seeking overnight shelter outside of the two missions. In a perfect world, there would be a homeless shelter located where it could accept sex offenders. Maybe a place like the former Greyhound bus station, Merchut said. Or perhaps the former site of a corrections center on Wealthy Street SW near the Grand River. But any solution will require a monstrous coalition. And money.

Don Lamse was the gentleman who found Pauli about 10 a.m. Monday in a parking area adjacent to the auto recycling operation he manages on South Division. The victim was beside a ’93 or ’94 GMC conversion van.

Lamse, 70, walked over and tried to rouse him. “Hey, hey,” Lamse remembers saying. “Something like that.”

Pauli was bent into a crouching position, knees and hands on the ground. He wore no gloves. “I tried to nudge him a bit while I was talking to him, and he felt pretty stiff.”

Lamse said he found it odd that Pauli didn’t crawl into any one of several unlocked vehicles, the van included. “He could have gone inside and had some shelter if he’d just opened a door.

He added, “That’s not a nice way for anybody to die.”