The Dobbs Wire: Compare and contrast!

The Dobbs Wire:  Compare and contrast!  Personal history can be inspiring and then there are situations where the past casts a shadow on or even wrecks the future.  Criminal records that might have sat in a courthouse for years gathering dust can now do a lot of damage, it just takes a few keystrokes in the digital age.  There’s increasing public concern about how the past can harm future prospects.  A number of states have enacted laws making sealing and expungement of criminal records easier.  Compare and contrast how media outlets are reckoning with this issue.   Some are changing their practices  while others continue to recklessly name and shame individuals because they have been officially blacklisted on sex offense registries, people who have already paid a price for wrongdoing and are simply going about their lives.  Important rethinking is happening and it must include consideration of the impacts of draconian registration laws.  Have a look at the material below!   –Bill Dobbs, The Dobbs Wire     If you or a friend would like to be added to The Dobbs Wire mailing list, drop us a line at:  info@thedobbswire.com .  Twitter:  @thedobbswire.com

An old arrest can follow you forever online. Some newspapers want to fix that. 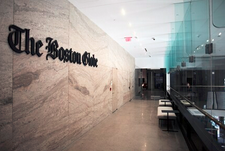 Excerpts:  The Boston Globe has joined a handful of newsrooms around the country doing something once unthinkable: changing old articles because they are ruining a person’s life.  The newspaper on Friday launched its Fresh Start initiative, which allows people to petition to have information about them removed from or added to old stories, to have their names anonymized, or to have the stories delisted from Google searches.

The Globe will prioritize stories involving minor crimes and those from long ago, but will also consider ones about “embarrassing” noncriminal behavior. The initiative comes out of a reexamination at the Globe and many other newsrooms about how they cover race, prompted by last year’s nationwide protests over the policy killing of George Floyd.  Journalists have increasingly questioned their reliance on police as primary sources after Floyd’s death. A recording of his killing by a bystander contradicted the initial police account. In the past few months, the Kansas City Star and the Los Angeles Times have apologized for how they covered local communities of color over the years, and both newspapers have published pieces explaining how their reporting contributed to racial inequities. In Philadelphia, 40 community organizations petitioned the Philadelphia Inquirer to change its crime reporting process and allow people named in older crime stories to appeal to have them removed from the paper’s website.

The Atlanta Journal-Constitution considers requests to remove or update online content from people whose records have been closed to the public under a 2013 state law as part of an effort to make expungement easier.  The Cleveland Plain Dealer launched its Right to Be Forgotten process two years ago as a way for people to have old stories and mug shots removed or amended. The Plain Dealer is now trying to remove problematic content even before someone petitions them to do so. Google awarded the paper a $200,000 grant in December to develop digital tools to help them identify those stories and photos.  MORE:

In your neighborhood — Registry keeps public aware of sex offenders 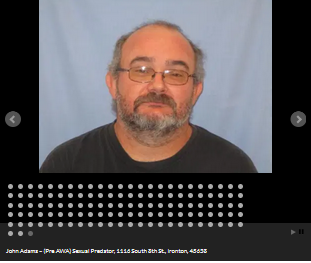 [NOTE from The Dobbs Wire:  This article is accompanied by 100 names and photos of individuals listed on the Ohio sex offense registry website.]

Excerpts:  In order to keep the public apprised of sex offenders living within the area, the Lawrence County Sheriff’s Office features a sex offender registry on its website.  The page, located at www.lawcoso.com/sex-offenders.html, allows users to search for offenders within one mile of an address, or to look up information on specific offenders. It also features a list of all offenders registered with the county, of which 102 are currently listed.

The sheriff’s office also offers an email notification in which subscribers will receive notification and alert if an offender’s address is within Lawrence County and within one mile of the subscriber. This feature is also available in other counties through the Ohio Attorney General’s office.  State law sets a provision to register offenders and notify the public. Authorities verify the whereabouts of those registered at regular intervals, based on risk level.

“Children are particularly vulnerable to sex offenders,” the sheriff’s office states on its website, and encourages open communication between parents and children. “In general terms, tell your children that this person has hurt someone before,” the website reads. “Explain to them that they should stay away from this individual. Avoid scary details.” The sheriff’s office says that there is no way to accurately predict the future behavior of an offender, but “past behavior is an indication of whether an individual, or group, poses a higher risk to the public.”  “Not all offenders will commit another crime,” the website reads. “However, knowledge of a potential risk should assist you and your family in avoiding situations that allow for easy access to victims.”  The website uses the Ohio Attorney General’s Electronic Sex Offender Registration & Notification (eSORN) system. Each of Ohio’s 88 counties input information into the system, which is shared statewide.  MORE:

Fewer mugshots, less naming and shaming: How editors in Cleveland are trying to build a more compassionate newsroom

Excerpt:  Chris Quinn, the editor and president of Cleveland.com/Advance Ohio. “It really comes down to: How long does somebody have to pay for a mistake?“  MORE:

Headlines from The Patriot News (Harrisburg, PA) via PennLive.com in 2017.  Personal information and photos were scraped from the Pennsylvania sex offense registry website and republished.