Karen Franklin, Ph.D. July 5, 2016 July 13, 20202, Karen Franklin, Ph.D.
The Trauma Myth may be one of the most misunderstood books of the past decade. Based on its regrettable title, pedophiles erroneously believe it minimizes the harm of child sexual abuse; in the opposite corner, some misguided anti-abuse crusaders have demonized the Harvard-trained author as a pedophile apologist. As guest blogger Jon Brandt explains in this review — first published in the Summer 2016 issue of The Forum, the newsletter of the Association for the Treatment of Sexual Abusers (ATSA) — both fans and detractors of Susan Clancy have gotten the courageous researcher all wrong.

As a former child protection social worker, and now working with both victims and offenders, I was drawn to The Trauma Myth because of both the title, and subtitle: “The Truth About the Sexual Abuse of Children – and its aftermath.” When I first read Susan Clancy’s book, in 2010, nearly every page confirmed my professional experience with victims. I’m offering this review some six years after the book’s publication because I believe most experienced professionals will agree that Clancy’s thesis is not just well-researched, but articulate and luminously persuasive.

Dr. Clancy is a Harvard-trained experimental psychologist. Her expertise is not in the field of sexual abuse; it is in the field of memory. This information is important in understanding how Clancy endeavored to interview adults who had been victims of childhood sexual abuse (CSA) – in part, to further understand the role of memory in how adults recalled traumatic experiences. Clancy acknowledges that her career had a rocky start – not only investigating adult memories of childhood sexual abuse, but to understand why some people seemed to believe in alien abductions. Clancy writes about the challenge of having to reconcile her research with two deep concerns: first, she had to abandon some of what she had been taught about the ‘trauma’ of sexual abuse, and second, she had to try to save her reputation and career.

After Clancy interviewed more than 200 Boston-area adult victims of CSA, she came to recognize that most victims’ memories were consistent with previous research – the vast majority of victims knew, liked, and/or trusted their abusers. And she confirmed another finding – that most CSA was tricked and manipulated, not the product of threats, force, pain, or injury. Even young children intuitively understand that when an older person inflicts pain, injury, or fear (elements of trauma), something is very wrong. But when sexual violations occur in the absence of violence and in the presence of trust, most victims reported being confused by the encounter, rather than traumatized. Less than one in ten adults that Clancy interviewed described being sexually abused as “traumatic.” Clancy considered that perhaps CSA is so traumatic that adults had repressed their memories, but that hypothesis ran counter to research that: (1) discredits repressed memories and (2) indicates that the more powerful life experiences are to an individual, the more the events are both strongly embedded and vividly recalled. Clancy goes on to articulately detail how children are indeed harmed by sexual abuse – in the aftermath. 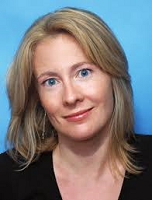 Dr. Clancy has expressed some regret about the title of her book, but does not back-peddle from her findings – that CSA is not universally traumatic. She asserts that many professionals don’t really understand how, why, and when CSA is harmful, and imputing trauma when it’s not present might actually introduce secondary harm. Clancy expresses that children clearly do not have the developmental capabilities to understand interpersonal sex, that acceding to sexual touching is not the same as sexual consent, and that naïve cooperation is not complicity. In the absence of veritable trauma, the harm of CSA comes not from sexual touching, per se, but from relationship violations – a sense of betrayal, shame, and misplaced blame. Clancy explains that as a CSA victim begins to sexually and socially mature, and comes to understand what motivated their abuser, they feel duped and exploited. As victims try to reconcile how and why someone of trust would use them for sexual purposes, the ‘harm’ evolves. Clancy’s message is clear: if we don’t talk to kids about sex, we leave them vulnerable; if we don’t listen to kids who have been sexually abused, we re-victimize them; when we truly listen to child victims, we empower them to guide their own recovery – that helps to turn victims into survivors.

Dr. Clancy uses the controversies around her book to illustrate how difficult it is for professionals to navigate the nuances of CSA, and that it is incumbent on adults to protect children until they are mature enough to navigate the world of interpersonal sex. Clancy acknowledges that she was perhaps naïve in believing that rigorous science would protect the integrity of her research. What she was not prepared for was that CSA is virtually unspeakable – so abhorrent that, even among the educated, it was difficult to separate legitimate research from prevailing public opinion, or simply the politics of sex.

In 1998, psychologist, Bruce Rind and colleagues published an article on CSA in the American Psychological Association journal Psychological Bulletin. It was peer-reviewed, sound research, but so contrary to conventional beliefs of CSA that it resulted in an Act of Congress condemning his work. In 1981, Professor Alfred Kadushin (one of my graduate school advisors at the University of Wisconsin) published a book titled Child Abuse, an Interactional Event. He spent the rest of his career explaining that he was not blaming children for being abused.

The truth is, there has never been any time in history that sex could be separated from politics, or that science hasn’t waged an uphill battle against public opinion. The Socratic Method, or the applications of logic and scrutiny to understanding complex problems, is a predecessor of the Scientific Method, and one of the most important legacies of Socrates. It is ironic that Socrates could not survive the politics of his own time – he was condemned to death as a heretic. Nearly two millennia later, perhaps Galileo had taken note of the fate of Socrates. When Galileo found himself charged with heresy, to avoid being executed, he recanted his theory of the heliocentric solar system, and lived out his life under house arrest. It took another 350 years for the Catholic Church to acknowledge that Galileo had been right all along.

Susan Clancy wasn’t charged with heresy, at least not formally, but by her own admission, after a firestorm of controversy over The Trauma Myth, she fled the US to work in Nicaragua for several years. If Clancy was flattered by a favorable book review in the NY Times, she must have been horrified by a book review by NAMBLA [the North American Man/Boy Love Association]. Clancy’s book, and her story, are a testimony to professional courage in the face of deeply held, widespread, long-standing beliefs about the sexual abuse of children. Apparently, Clancy no longer writes or teaches about sexual abuse, based on a Google search, but she is still professionally active in research and education about the functions of memory.

There is so much right about The Trauma Myth that I am hesitant to be critical, but I think Clancy missed the mark on a few points. In my experience, some victims of CSA have the internal constitution to avoid both the trauma and the harm of sexual abuse. Other victims seem to have the resiliency and tenacity, with or without professional help, to truly earn the moniker of ‘survivor.’ Clancy views CSA as dichotomous – if there is a victim, there is an offender, who must be punished. If Clancy understood offending with the same verve, complexity, and nuances with which she understands victims, I think she would forgo the black and white, victim-offender paradigm in favor of the complex dynamics of offending, and the range of uniquely tailored interventions that serve victims, offenders, and their families. With a focus on the etiology and aftermath of CSA, it might not be obvious that Clancy was also advocating for both more prevention and better public policies.

The Trauma Myth is well researched, with endnotes in APA format. With just over 200 pages, and still professionally sound, it is easy reading. Most individuals are likely to approach the book with the same skepticism with which Clancy pursued her research. In the end, I think most professionals are likely to agree with many conclusions that Dr. Clancy found unassailable: that the popular, one-dimensional understanding of ‘trauma’ caused by child sexual abuse is largely a myth – a vestige of the 20th century.

*Jon Brandt is a clinical social worker who specializes in the evaluation, treatment and supervision to sexual offenders. His previous guest posts have reported on the link between pornography and contact sex offending and on an ongoing legal challenge to Minnesota’s civil commitment of sex offenders. Many thanks to the editors of The Forum for granting me permission to post Mr. Brandt’s review. The original review can be found HERE.