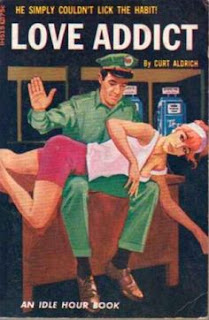 Thirty-one years ago, when Patrick Carnes walked onto the Phil Donahue television show to promote his new book on sexual compulsivity as an addiction, his notion was – in his own words – “widely perceived as a joke.”

But Carnes got the last laugh. With the mainstreaming of the addiction industry (eating, gambling, exercising and working are all potential addictions now), Carnes has risen to become guru of a lucrative empire with dozens of rehab centers staffed by thousands of paraprofessionals. Media outlets including Newsweek have uncritically jumped aboard, warning of a grim, pornography-fueled plague afflicting up to 5 percent of the U.S. population.

With neuroscience all the rage, celebrities including Bill Clinton and Tiger Woods have been recast from mere cads to tragic victims of a progressive and often-fatal “brain disease.” The push for scientific legitimacy reached a zenith in 2013, with an unsuccessful bid to legitimize “hypersexuality” by adding it to the American Psychiatric Association’s Diagnostic and Statistical Manual of Mental Disorders (DSM-5).

So, what changed over the course of the last three decades that made the public more receptive to seeing sexual misconduct through the lens of addiction?

In their meticulously researched Sex Addiction: A Critical History, three cultural historians from the University of Auckland in New Zealand trace the rise of this social movement primarily to a politically conservative, sex-negative backlash against the sexual liberation movement of the 1960s and 1970s.

One clue to its underlying cultural values, historians Barry Reay, Nina Attwood and Claire Gooder observe, is the movement’s enduring strand of homophobia. Even before Carnes’s 1983 book Out of the Shadows popularized sexual addiction, the term had been invoked by Lawrence Hatterer, a psychiatrist whose work in the 1950s-1960s focused on curing the “illness” of homosexuality. Heteronormativity remains prominent in the field, with gay men who violate heterosexual norms of sexuality labeled as sex addicts.

Unlike many purported disorders that are promoted by researchers or the pharmaceutical industry, sex addiction is a bottoms-up movement, with people self-diagnosing themselves via self-help books or quick-and-dirty Internet surveys. Its infiltration into popular culture owes in large part to the media’s abdication of its role as scientific gatekeeper, argue the authors of Sex Addiction. As the Columbia Journalism Review also pointed out in a critique of the Newsweek puff piece, “The problem with relying on therapists, as most of the articles over the years have done, rather than qualified experts in academia, is that they have a vested interest in promoting the idea that there’s a widespread problem. The more people believe it, the more money they make.”

In contrast to the lay public, academic scholars have remained skeptical of a construct that is too broad and amorphous to have any scientific validity; everything from viewing pornography or having an illicit affair to feeling ashamed about one’s sexuality can count toward a diagnosis. Indeed, research studies have found that people’s anxiety over their sexual behavior is tied more to their moral values and level of religiosity than to the actual intensity of their behavior.

It is findings such as these that open sexual addiction up to ridicule. One prominent critic, David Ley, author of The Myth of Sex Addiction, has mocked sexual addiction literature as “valley-girl science” — a hodge-podge of anecdote and metaphor rather than any provable theory. As he told a Salon interviewer:

Historically, hysteria over sexual depravity is somewhat cyclical. Way back in the 1870s, a crusade against “smut” by a U.S. Postal Inspector and politician named Anthony Comstock resulted in thousands of arrests and the destruction of 15 tons of books. Interestingly, Comstock’s passion for moral purity stemmed from his own personal demons; as a youth, he was said to have masturbated so compulsively that it almost drove him to suicide.

The pathologizing of female lust has a particularly long tradition, dating back hundreds if not thousands of years. In the late 1600s, women were diagnosed with nymphomania (a diagnosis that still exists in the World Health Organization’s International Classification of Diseases, or ICD), or “madness of the womb,” a disease said to be triggered by amorous courtings, lascivious books and dancing. As with today’s sexual addiction, the condition was considered progressive; if not promptly treated it would lead to “true and perfect madness.” Treatment included bleeding, cool baths with lettuce and flowers, marriage to “a lusty young man” or — no kidding — rubbing of the afflicted woman’s genitals by “a cunning midwife.”

Nowadays, as then, there is a common pattern in the way proponents of scientifically questionable new problems attempt to establish their legitimacy. First, they announce discovery of the problem; next, the problem’s lineage is traced back through time to show that it existed all along but was overlooked or neglected. Finally, and most critically, alarmist claims are made about a growing epidemic.

This pattern could be observed in the 2013 campaign to legitimize “hypersexuality” by making it a DSM disorder. For example, the claims-making process included articles by psychiatrist Martin Kafka  tracing hypersexuality’s lineage back to the pioneering sexologists of the 19th century. But in their first-rate scholarship, the Auckland historians scoured those primary sources – the writings of early sexology heavyweights such as Magnus Hirschfeld, Havelock Ellis, Richard von Krafft-Ebing and Iwan Bloch – and found that their descriptions of the sexually compulsive bore little resemblance to contemporary hypersexuality or sex addiction. Rather, the early sexologists described tortured souls who were both rare and bizarre, typically suffering from more global psychiatric or organic maladies rather than a primary sexual disorder. For example, writing in 1908 about the “sexually insane,” Iwan Bloch described him as resembling a “wild animal” who:

“rush[es] at the first creature he meets … to gratify his lust …. He seizes in sexual embrace any other living or lifeless object, and in this state may perform acts of paederasty, bestiality, violation of children, etc. In these most severe cases we can always demonstrate the existence of mental disorder, general paralysis, mania, or periodical insanity … as a cause.”

Judging from singular descriptions like this, the early hypersexual was an extraordinary creature, a far cry from the mundane individual proposed for the DSM-5. Indeed, the proposed operational definitions for contemporary hypersexuality are striking in their breadth. For example, one diagnostic criteria proposed for the DSM-5 was experiencing seven or more orgasms per week by any method. Based on one survey of the general population in Sweden, this arbitrary cutoff would have pathologized almost half of all men (44%) and more than one out of five women.

Despite official rejection of hypersexuality by the American Psychiatric Association in 2013, the ideology of sexual addiction is gradually seeping into forensic quarters. For example, in some civil detention sites for sex offenders, minimally trained “treatment providers” play the role of moral arbiters, determining what forms of sexual desire are “appropriate” based not on their illegality or potential harm but whether the providers find them “healthy.”

(*The fantasy object must be the same approximate age as the offender; if she is more than five years younger, he will be told to rewrite his script to make it more “appropriate.”)

Despite the enduring popularity of teachers, nurses and — especially — librarians as objects of male fantasy, in the burgeoning sexual offender treatment industry, even these cultural tropes may be labeled as “deviant.” In one case I was involved in, a man’s fantasy of seducing a librarian was advanced as evidence of sexual danger, based on the notion that the library (even after hours) is a public setting.

Of course, this not-so-thinly veiled moralism masquerading as treatment has no empirical support as a method to reduce former sex offenders’ risk to the public. But it does comport with popular cultural notions of addiction and sexual compulsivity, however unproven — even bizarre — they may at times be.

Sex Addiction: A Critical History by Barry Reay, Nina Attwood and Claire Gooder is as well written as it is insightful; I highly recommend it. Also recommended is clinical psychologist David Ley’s thoughtful work, The Myth of Sex Addiction.