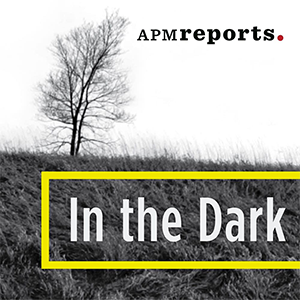 Long-dormant case spawned today’s sex offender registries. But would these laws have made a difference?

Twenty-seven years ago, a perfect storm struck a small town in central Minnesota, when a stranger jumped out of the shadows and snatched an 11-year-old boy out bicycle-riding with friends.
It was the rarest of crimes. But the Oct. 22, 1989 abduction of Jacob Wetterling struck at a pivotal moment in U.S. history, igniting a conflagration that still burns today. Stranger-danger hysteria was sweeping the nation. Day care providers were being rounded up and accused of Satanic ritual abuse of children. And in that potent milieu, an unprecedented national manhunt came up empty.
Embarrassed by their failure, law enforcement spokesmen claimed they were hamstrung by lax tracking of known sex offenders. Jacob’s distraught mother, Patty Wetterling, led a successful crusade that culminated in the Wetterling Act of 1994, requiring all U.S. states to collect and publicly disseminate information on convicted sex offenders. But 27 years later, with an estimated 850,000 Americans on public sex offender databases, Patty Wetterling is no longer enamored of the opportunistic missing-child movement and its crass media stars, who used her to promote their own agendas. In an interview with award-winning investigative reporter Madeleine Baran, she said she regrets her role in creating a public registry that is counterproductive, in shaming and ostracizing individuals rather than helping them reintegrate into society.
That interview is just one of many remarkable segments in the serial In the Dark, a nine-part podcast from American Public Media that forces us to rethink everything we thought we knew about both the Wetterling abduction and the broader landscape of how police investigate serious crimes.

Coincidentally, Episode One of the meticulously researched series was just set to premiere when police announced last month that they had finally cracked the case. Daniel Heinrich, who lived about half an hour down the road from his victim, had confessed and led police to Jacob’s remains, in exchange for a plea deal in an unrelated child pornography case and an admission that he abducted and assaulted another boy nine months before killing Jacob.

Baran set out to answer the question of why it took the local police more than a quarter of a century to catch a small-town pervert who was right under their noses the whole time. But in the process, she learned something far more troubling: that police across the country lack any meaningful oversight, and inept agencies with crime-solving rates as low as zero percent face no accountability.
Baran reached this shocking conclusion after more than nine months of painstaking digging. In a monument to investigative reporting, she and her colleagues delved deep into archival records, conducted contemporary interviews with dozens of witnesses and experts, and reconstructed events to determine what went wrong.
What Baran found was missteps at every turn. Police didn’t thoroughly canvass the neighborhood immediately after the crime. They glossed over a rash of stranger molests of preteen boys in the nearby hamlet of Paynesville where killer Danny Heinrich – already known to police – resided. Ultimately, in the type of tunnel vision that we see all too often in cases of wrongful conviction, they set their sights on the wrong guy altogether, a quirky local music teacher, and hunkered down to build a case against him – destroying his life in the process.
Diving deeper, Baran found more systemic problems.
At the time of Jacob’s abduction, the media portrayed Stearns County, Minnesota, as an idyllic place where crimes like this didn’t happen: indeed, went the narrative, that’s why the local sheriff’s department was caught off guard. 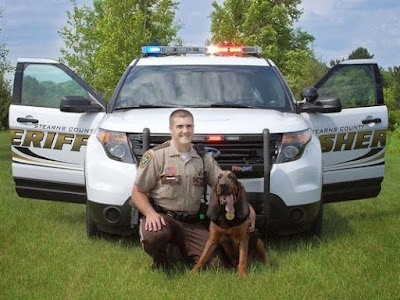 But that wasn’t true. The Stearns County Sheriff’s Department had investigated crimes even more heinous, and had botched it every time.

There was the case of the Reker sisters, ages 12 and 15, who disappeared one day in 1974. Police shrugged it off as girls on a lark, until the bodies were found in a quarry a month later with multiple stab wounds. The case was never solved. And there was the mass murder of a woman and three children, shotgunned to death in their beds in 1978. Police questioned the killer, Joseph Ture, but released him to wreak carnage across Minnesota; he ended up raping numerous women and killing at least two before he was finally apprehended by Minneapolis police.
Baran’s delivery is masterful. In a pleasant and measured cadence, she methodically weaves together the micro strands of the flawed Wetterling investigation with the macro threads of an entire police system gone wrong, to create an eye-opening tapestry with profound implications for all Americans.
* * * * *
It’s hard not to be dubious about the prospects for any expose, even the most brilliant, to produce genuine systemic change. On the other hand, there is no question that podcasts can change the fates of those lucky few whom they spotlight.
Take Adnan Syed. Many will remember the viral popularity of Serial‘s debut season in 2014, with host Sarah Koenig recounting Syed’s prosecution in the killing of his former high school girlfriend. Syed’s conviction was subsequently overturned and he was granted a new trial, much to the dismay of Maryland state attorneys, who are protesting that the appeal is “meritless” and a product of “sensationalized attention” that gave a legitimately convicted murderer the status of international superstar.
That was certainly the case for convicted killer Steven Avery after Netflix’s Making a Murderer, which spawned a large and vocal fan base insisting that he is innocent despite substantial evidence to the contrary. As I noted in my critical review of that spectacle, by cherry-picking which facts to air, a producer can energize an ignorant populism fueled by illusory knowledge.
So, podcasters walk a fine line between educating the public about the realities of the criminal justice system — as In the Dark does so well — and pandering to the prurient, devolving into true-crime entertainment spectacles like “48 Hours Mystery.” Or worse. The dangers of true-crime populism were perhaps best illustrated by the 2013 murder trial of Jodi Arias, where media corporations intent on audience titillation fomented a digital lynch mob. 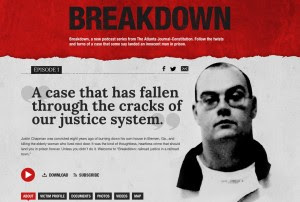 Hewing to the educational function is Breakdown, an Atlanta Journal Constitution podcast that unabashedly acknowledges itself as a Serial knockoff. In Season One, “Railroad Justice in a Railroad Town,” reporter Bill Rankin plays on his experience as a senior legal affairs reporter, using the case of a small-town meth-head convicted of arson to illustrate how an underfunded public defense system is set up to fail poor Americans.

Season Two of Breakdown, Death in a Hot Car — Mistake or Murder?, swings more toward the sensationalist side, presenting the case of a man who was so distracted by his sexting obsession that he left his toddler son strapped into a car seat on a hot June day in Georgia. The boy died. Justin Harris’s case is generating major media interest, with the Atlanta Journal-Constitution hosting a dedicated web page with “minute-by-minute updates,” and another site live-streaming the trial.

Again going for the high road, some reporters are also adapting the popular serial format to the quaint, endangered medium of print journalism. A nice example is the recent L.A. Times series Framed: A Mystery in Six Parts, in which award-winning reporter and author Christopher Goffard tells the fascinating story of a PTA mother who was framed by a high-powered professional couple. Whereas most such series aim to expose justice gone wrong, Frameddoes the opposite, showcasing a refreshing example of a police investigation that went above and beyond the call of duty to get it right.

As you can see, there’s a lot out there to sample. But if you’ve only got time to check out one podcast series, I recommend In the Dark. It’s the cream of the crop, an edge-of-your-seat thriller and a compelling cautionary tale that deserves the ear of every American.