Home 2 “Help! I am being held hostage in a reality show!”

“Help! I am being held hostage in a reality show!”

The Suspicion System: How the social world shapes delusions 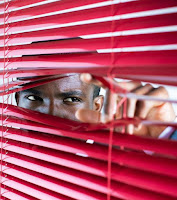 Not so long ago, any decent-sized psychiatric hospital had at least two or three Jesus Christs in residence, and plenty of other patients serving as conduits for the CIA or the KGB.

Nowadays, Jesus Christ is harder to find. You are far more likely to encounter reality TV stars: patients whose every move is choreographed by hidden directors, videotaped by hidden camera crews, and broadcast without consent to an audience of millions. “We see many, many young people who have had the sensation of being filmed,” a psychiatrist at a public clinic in London told the New Yorker. His estimate: One or two out of every 10 patients he sees.

This so-called Truman Show Delusion is not so irrational in our modern surveillance state, where we (and our cars) are photographed and videotaped whenever we venture into the public space, microphones capable of recording our conversations and instantly beaming them to authorities are hidden in street lighting, and – as exposed by Edward Snowden – the NSA is intercepting vast swaths of our communications and storing them in a massive, top-secret vault in the Utah desert. Soon, our homes will afford no privacy; the CIA is cheering the advent of the “smart home” as a bonanza for clandestine eavesdropping. If you scoff at the notion that They are watching you, revisit the chilling scene in the Bourne Ultimatum (2007) in which Matt Damon tries to avoid the cameras in London’s Waterloo Station. 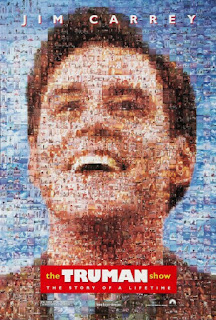 The solipsist premise of Peter Weir’s 1998 Truman Show, starring Jim Carrey as an insurance adjuster who realizes that his entire life is actually a TV show, was not original. The psychiatric patient in Robert Heinlein’s 1941 short story, “They—,” was convinced that he was an actor on a stage; the troubled protagonist of Philip K. Dick’s 1959 novel, Time Out of Joint, also starred in his own self-constructed reality. But in an innocent era before the entrenchment of the panoptical gaze or reality TV – in which any random person, it seems, can wake up to find him- or herself an instant social media celebrity – these stories were fantastical, and thus incapable of producing mass contagion.

But the cultural environment influences more than just the superficial content of persecutory or grandiose delusions. Far more profoundly, it impacts who will catch psychosis, and why. This blog’s readers may know that early use of cannabis significantly increases the risk of psychosis, as does experiencing childhood adversity such as severe abuse or parental loss. You may also be aware that merely growing up in a city puts one at heightened risk of mental breakdown; there is a near-linear correlation between population density and psychosis. But consider these further research findings:

The burden of social defeat 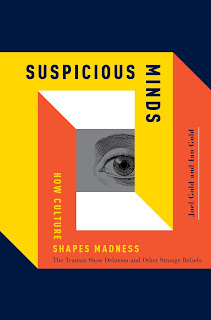 In Suspicious Minds: How Culture Shapes Madness, psychiatrist Joel Gold and his philosopher brother Ian identify social fragmentation as the construct tying these seemingly disparate strands together. More precisely, the experience of social defeat, in which a person who is persistently demeaned, humiliated, or subordinated ultimately comes to see himself as a second-class citizen.

I have long found delusional beliefs fascinating. In particular, I enjoy talking with delusional people, and trying to understand the meaning of their beliefs. In this, I’ve gained a lot from the theories of luminaries in the field such as Brendan Maher, Richard Bentall and John Read. But Suspicious Minds is brilliant in pulling together all of the extant research to create a single unified theory, one that foregrounds and humanizes the delusional person’s experience.

The theory developed out of Joel Gold’s experiences as attending psychiatrist at New York City’s notorious Bellevue Hospital. After treating several patients with Truman Show delusions, he – in partnership with his brother Ian, a philosophy professor at McGill University in Canada – published a 2012 article on the phenomenon in Cognitive Neuropsychiatry. That, in turn, generated a deluge of emails from people all around the world who were relieved to realize they were not the only one who thought their lives were being secretly filmed and broadcast to the masses.

The Gold brothers’ theory of delusions as a social phenomenon goes against the grain in this era of pharmaceutical industry domination and biological reductionism, especially here in the United States, where the social context of mental illness has been systematically suppressed in favor of simplistic theories of genetic or chemical imbalances.

But things have a way of circling back around. Almost 50 years ago, against the backdrop of the assassination of Martin Luther King and the ensuing inner-city rebellions, African American psychiatrists William Grier and Price Cobbs dissected the psychic burden of prejudice. To survive, they wrote in their influential 1968 book Black Rage, oppressed people must maintain a delicate balancing act of being ever-vigilant and suspicious, yet without succumbing to frank paranoia:

“[S]urvival in America depends in large measure on the development of a ‘healthy’ cultural paranoia. [The black man] must maintain a high degree of suspicion toward the motives of every white man and at the same time never allow this suspicion to impair his grasp of reality. It is a demanding requirement and not everyone can manage it with grace…. Of all the varieties of functional psychosis, those that include paranoid symptoms are by far the most prevalent among black people.”

Suspicion, then, is necessary and adaptive, especially for those most vulnerable to exploitation. But when chronic stressors overwhelm the brain’s capacity to cope, delusions are kindled. This is the essence of the Golds’ theory of delusions as the product of an overtaxed “Suspicion System.”

Drawing on recent research in neuroscience and evolutionary psychiatry, the Golds locate the Suspicion System in the amygdala – evolved to anticipate threat by interpreting ambiguous signs of potential social danger – and connected brain regions. Delusions take hold, they posit, with a breakdown in communication between this early-warning Suspicion System and the more rational, slower-thinking (“System 2” in Daniel Kahneman’s formulation) cognitive network that should be dampening the amygdala’s over-enthusiasm.

A solid theory should not only be logical, elegant, and empirically supportable, but should also explain diverse manifestations of a phenomenon. The Golds’ theory explains not just persecutory delusions, but each of the other 11 major delusional themes (e.g., grandiose, religious, erotomanic) as well. For example, grandiosity  – which we see in the Truman Delusion  – can be interpreted as a way of deflecting threat, much like a puffer fish blows itself up or a cat arches it back when faced with danger:

“Flexing your social muscles makes you less vulnerable to exploitation by others, and putting your high status front and center in a potential exploiter’s mind might make them think twice about victimizing you…. Grandiosity is thus a symptom of a Suspicion System on overdrive, a caricature of the normal adaptive strategies we employ every day…. Paranoia and grandiosity … are functionally connected: paranoia is a broken form of threat detection, and grandiosity is a broken threat response.”

With ever-growing income disparity and economic stress, social network disintegration, loss of privacy,  and social media’s increasingly panoptical reach, we may expect more and more alienated people with trouble psyches to succumb to Truman Show delusions. Let us hope that, in treating them, we do not lose sight of their humanity, for they really are  not so different from us. As the Golds put it, “mental illness is just a frayed, weakened version of mental health.”

Indeed, if we listen, these frantic souls may even have something to teach.