Karen Franklin, Ph.D. February 18, 2018 February 18, 20182, Karen Franklin, Ph.D.
As voracious corporations suck the lifeblood out of print newspapers, a golden age of creative online journalism is also blooming. The art of podcasting is one example, with diverse content increasingly accessible via an abundance of free apps. The viral success of Serial in 2014 popularized podcasts on criminal justice topics in particular. Some, like the much-hyped Atlanta Monster about serial killer Wayne Williams, are unabashed Serial imitators, cashing in on an innocence porn fad by casting doubt on the guilt of convicted criminals. But others are venturing beyond that now-hackneyed genre in creative and engaging ways. Here are a few of my favorites; check the comments section for some additional favorites from readers: 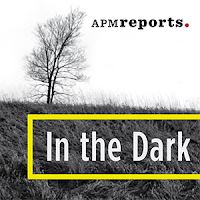 This flat-out brilliant podcast on the 1989 cold-case kidnapping of Jacob Wetterling remains at the head of the pack. Meticulously researched and captivatingly presented, it stands as a monument to investigative reporting, forcing us to rethink everything we thought we knew about the abduction itself, the history and politics of sex offender registries, and the broader landscape of how police investigate serious crimes. Award-winning investigative reporter Madeleine Baran and her colleagues use the Wetterling case as a jumping-off point to explore how police investigations go astray. Low rates of crime solving will continue to be the norm nationwide, they prophecy, as long as police lack meaningful oversight or accountability to reign in ineptitude. I was pleased to see that since the time I first blogged about the series in 2016, it has been recognized with a prestigious Peabody Award.

Ear Hustling is prison slang for eavesdropping, and this remarkable podcast gives us a unique chance to ear hustle on the day-to-day travails of prisoners. A collaboration between two convicts at San Quentin Prison and their volunteer photography teacher, it pulls back the curtains to demystify and humanize the prison experience. Earlonne Woods, doing 31-to-life for attempted robbery, is our warm and humorous host. Visual artist Nigel Poor serves as a stand-in for the free-world audience. The two are simultaneously entertaining and enlightening as they tackle the mundane realities of prison life: the delicate dance of choosing a cellie, furtive sexual encounters with visitors, what it’s like to grow old and frail behind bars, race relations, and creative ways to keep pets. In the background is sound designer Antwan Williams, who is serving 15 years for armed robbery. The podcast reminds me of the prison dispatches from bank robber Dannie “Red Hog” Martin in the San Francisco Chronicle back in the 1980s-1990s, which were ultimately published as a book of essays, Committing Journalism. Back then, prison administrators tried every trick in the book to muzzle Martin, and that remains the knee-jerk habit of most U.S. prison administrations. So it’s a tribute to administrators at San Quentin, a standout for prison journalism, that they put their stamp of approval on this podcast. Their endorsement is paying off in good publicity. Season 1 got media buzz from the likes of the New Yorker, the UK Guardian and Vulture; like In the Dark it too has scored some notable awards. Binge fast, because Season 2 is about to drop. 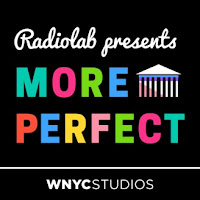 Now in its second season, this Radiolab spinoff on the U.S. Supreme Court is amazing. Host Jad Abumrad, winner of a MacArthur genius grant, is pitch-perfect as he takes us behind the scenes of some of the most influential decisions of the high court — everything from the death penalty and Native American adoption to political gerrymandering and Citizens United. Each episode is phenomenal, and comes with its own dedicated web page of further background resources. If you want to dip your toe in before binge-listening, a few of my favorites (and, believe me, it was hard to choose) included:

Most readers will know of Malcolm Gladwell, the New Yorker staff writer and author of a string of New York Times bestsellers including Outliers and The Tipping Point that have influenced popular thinking about the social world. Gladwell has now dived into podcasting, with a delightful series whose mission is to reexamine esoteric topics that have gone unexamined or misunderstood. While the series is not specifically on the law, it includes an outstanding two-part exploration of civil rights attorneys in the South during the Jim Crow era. Part I, State v. Johnson, focuses on an obscure rape case that taught young African American attorney and civil rights activist Vernon Jordan a hard lesson about Southern-style justice. In Part II, Mr. Hollowell Didn’t Like That, we hear about the case of Willie Nash, who in a span of just 24 hours is arrested, convicted, and sentenced to die in the electric chair — until, that is, a young attorney named Donald Hollowell shows up and “mounts a defense that rivets Black spectators and gives them hope.” 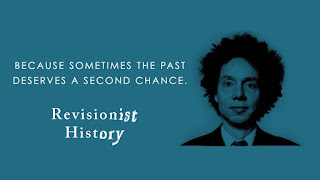 Okay, it’s not forensic, but I feel compelled to put in a plug for another episode of Revisionist History that I found fascinating —  A Good Walk Spoiled. It’s a philosophical exploration of rich people and their addiction to golf. Don’t miss it.

Do you have a favorite forensically relevant podcast you would like to recommend? Please feel free to leave a comment.

A NOTE TO SUBSCRIBERS AND REGULAR READERS: In honor of this blog’s 10th anniversary, I have given it a little design makeover. In addition to stylistic updates, the blog is now more secure and mobile-friendly, and elements such as the sharing icons, search bar and comments buttons should be more intuitive and easier to access.